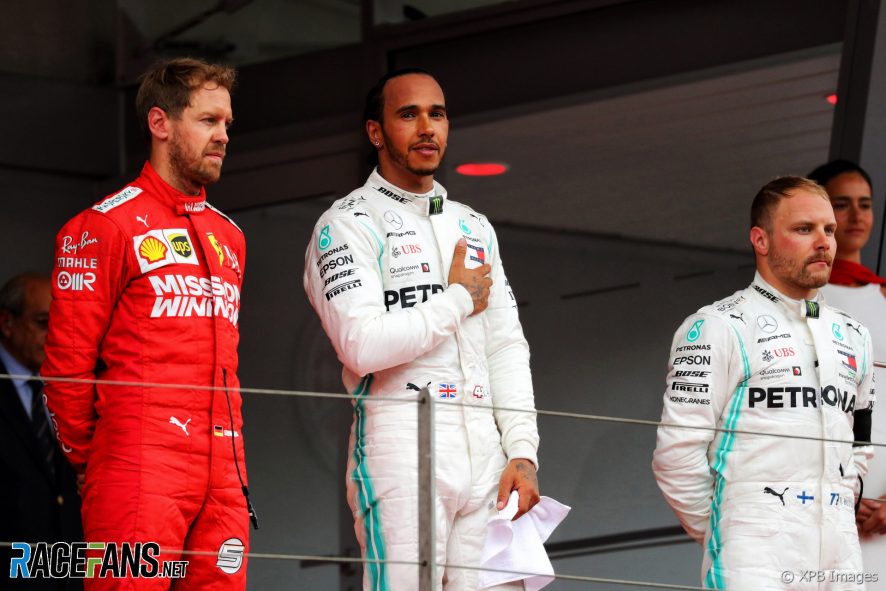 Monaco: After earning a hard-fought win in the Monaco Grand Prix, British Formula One driver Lewis Hamilton said he felt three-time world champion Niki Lauda, who died last week, was with him during the course of the race.

“When I was driving I thought, ‘what would Niki do?’ So I just kept going,” The Guardian quoted Hamilton, who started the race from pole position, as saying.

“I definitely felt like he was with me racing today. It was just incredible to see how much support there has been for Niki from across the world, how much respect and appreciation there is for him. As a driver my goal is to be one day as respected as he was. He left a great example and was a real hero to so many,” he added.

"That was probably the hardest race I think I've had"

"I know Niki will be looking down" 👊@LewisHamilton reflects on a memorable and emotional win at the #MonacoGP 🇲🇨#F1 pic.twitter.com/vHVYwyTy8j

Lauda, who died on May 20, had played a key role in bringing Hamilton to Mercedes in 2013 and the two had become close friends.

With Sunday’s win, Hamilton strengthened his grip at the top spot of the 2019 driver standings. This was Hamilton’s third triumph in Monaco, following his successes in 2008 and 2016.

The Briton also admitted that it was the hardest race he has ever had.

“I think it is the hardest race I have ever had; it is in the top five.

“I appreciate a tough race. As an athlete you always want the toughest battles. I am going to enjoy my evening tonight. I can’t wait to call my dad and mum see what they thought of it.

“I will get a chance tonight to talk to Birgit to let her know how much I appreciate her and her support with Niki over these years,” the Mercedes driver added.