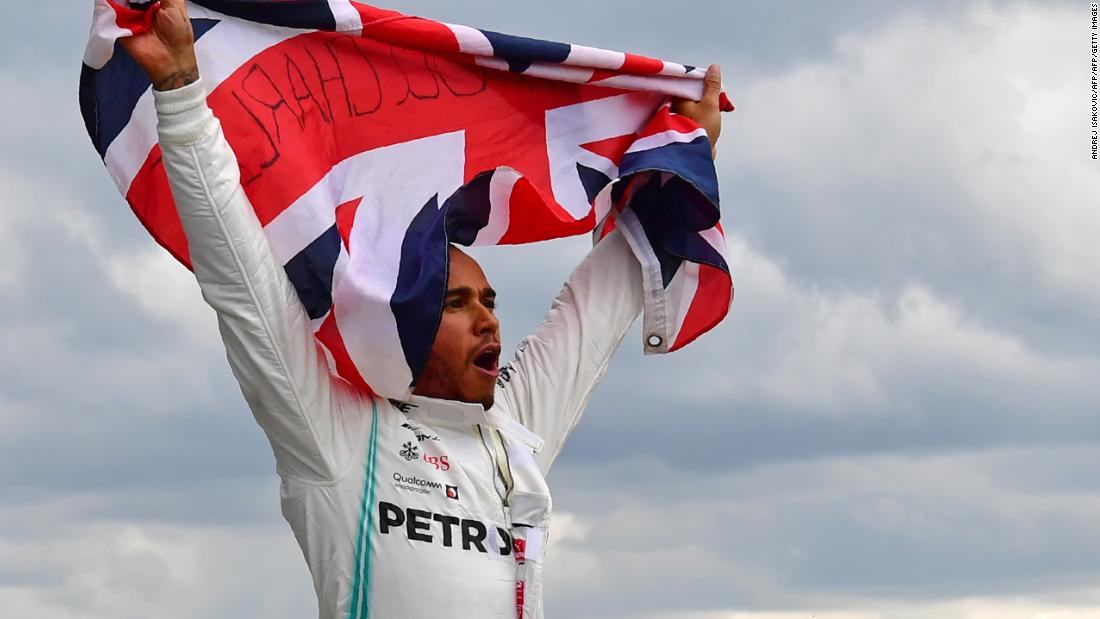 London: Mercedes’ Lewis Hamilton took victory in a superb Formula 1 British Grand Prix at Silverstone on Sunday, in a race which featured several multi-car battles and a mid-race collision between Ferrari’s Sebastian Vettel and Max Verstappen of Red Bull.

Starting second behind teammate Valtteri Bottas, Hamilton benefited from a fortuitously-timed safety car period to leapfrog the Finn in the pit lane on his way to a record sixth win in the British Grand Prix.

“What a day! I love you, Silverstone! You think you’d get used to something like that, but it feels like the first time,” said Hamilton after a win that was his 80th in Formula 1.

The Briton appeared to have more grip than his teammate in the early stages of the race, and looked as if he had made it past the Finn at Luffield on lap 4, though Bottas countered strongly and retook the lead a few corners later at Copse.

At this stage it looked as if Bottas might have seized the initiative in the race, as Hamilton then dropped back from his teammate before electing to stay out longer when Bottas came in for his first pit stop on lap 17.

Though his team couldn’t have known it at the time, this decision ultimately proved a race-winning one, as a spin for Alfa Romeo’s Antonio Giovinazzi on lap 20 necessitated the introduction of the safety car, which slowed the pack up and allowed Hamilton to emerge from his pit stop ahead of Bottas and into a lead he was never to lose.

But while the Mercedes duo were embroiled in their own private battle at the front, behind them the Ferrari and Red Bull drivers thrilled the 150,000-strong Silverstone faithful with a titanic four-way scrap for more than half the race.

After having dueled for the lead of the Austrian Grand Prix a fortnight ago, Verstappen and Ferrari’s Charles Leclerc reacquainted themselves with each other at Silverstone, drawing audible gasps from the crowd as they passed and repassed each other every which way in the first portion of the race.

Once the safety car had been withdrawn, Verstappen passed teammate Pierre Gasly to find himself in fourth place behind Vettel, but after having made a daring move around the outside of the German on lap 38, Vettel appeared to lock his front brakes and crashed into Verstappen.

Miraculously, both cars were able to continue, though a damaged front wing and a ten-second time penalty for Vettel dropped the Ferrari driver out of serious contention.

This incident promoted Leclerc into a fine third, after the Monegasque had made a brilliant move around the outside of Village on Gasly, who took fourth. Verstappen salvaged fifth place ahead of the McLaren of Carlos Sainz, who did well to come up from 13th on the grid.

Hamilton’s win sees him extend his lead at the top of the drivers’ championship to 197 points, with Bottas second on 166 and Verstappen third with 126. In the constructors’ championship, Mercedes’ lead extends to 407 points, ahead of Ferrari on 243 and Red Bull on 191.

The next round of the 2019 Formula 1 season is the German Grand Prix at Hockenheim on July 28.