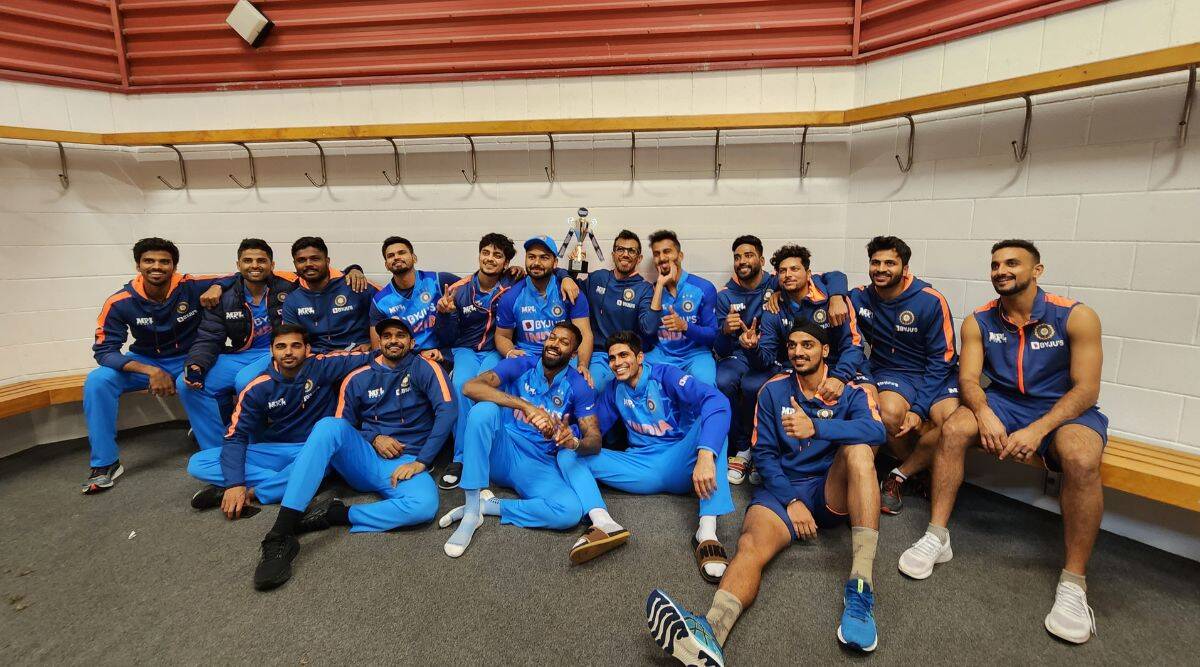 The Black Caps were bowled out for 160 in their innings. India then laboured to 75/4 in their nine overs before the rain started.

Under the Duckworth–Lewis–Stern method, the match was a rare draw in T20 cricket.

India took the series having won the second tie on Sunday at Mount Maunganui, where morning rain threatened to delay the start before Suryakumar Yadav smashed 111 off 51 balls in a 65-run win.

The first tie was washed out by heavy rain in Wellington on Friday.

“We would have liked to have won by playing the full overs, but it’s how it is. We don’t mind getting the trophy and the win,” said India captain Harkik Pandya.

Fast-bowler Mohammed Siraj was the man-of-the-match after restricting New Zealand to just 17 runs for four wickets, supported by Arshdeep Singh’s 4-37.

“All three matches were affected by the weather, but we are happy to have won the series,” said Siraj.

After setting India 161 to win, the Black Caps’ bowlers struck early with India’s openers Ishan Kishan and Rishabh Pant dismissed to leave the visitors on 21/2.

With Kane Williamson sitting out due to a medical appointment, New Zealand’s stand-in skipper Tim Southee took the wickets of Pant and then Shreyas Iyer in successive balls.

India were in trouble at 23 for three before Suryakumar Yadav went for just 13.

Pandya steadied the ship with a solid 30 off 18 balls to steer his side to 75 for four from nine overs when rain stopped play.

Having won the toss and elected to bat, New Zealand made a strong start with Glenn Phillips smashing 54 off 33 balls. Devon Conway hit 59, including five fours and two towering sixes.

The Black Caps were cruising at 146 for three when Conway was caught by Kishan in the deep before New Zealand collapsed to lose their last seven wickets for just 14 runs.

The teams meet again in Auckland on Friday, when Eden Park hosts the first of three one-day internationals.