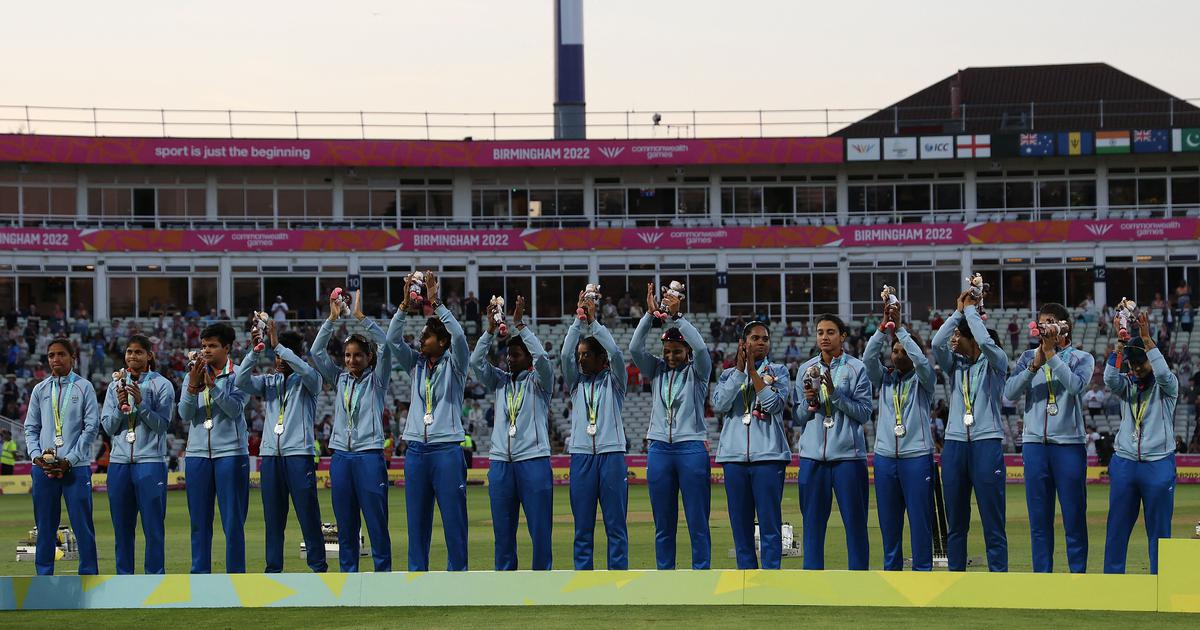 Birmingham: Heartbroken after a gold medal slipped out of their hands, India skipper Harmanpreet Kaur harped on the need to stop repeating the same mistakes in ‘title clashes’, saying the “mental block” has to be broken, going forward.

The Indian team came to close winning coveted gold on women’s cricket’s CWG debut but fell short by nine runs after being in a dominant position against mighty Australia.

It was deja vu for Harmanpreet and Co. who had suffered a similar inexplicable batting collapse during the T20 World Cup finals defeat against Australia in 2020 and the 2017 ODI World Cup final in England.

“Every time in big finals, we make the same mistakes again and again (with the bat), that is something we have to improve,” Harmanpreet said after the match on Sunday.

“We don’t do these mistakes in the league phase or in bilateral. That is blocking our mind somewhere,” the skipper added.

With 50 needed off the last six overs with eight wickets in hand, India seemed to be on course to title triumph but lost last five wickets for 13 runs owing to some poor shot selections.

Harmanpreet and Jemimah Rodrigues strung a 96-run partnership but both ended up playing some poor shots to make their way back to the dug out.

“I am someone who is always looking for one more batter in the side. Unfortunately, we’re working on that. Once we get that, this thing [collapsing] will go away.”

“After losing two crucial wickets, the way Jemi (Jemimah Rodrigues) and I batted was much needed at that time. You need to hold your nerves. We were nearly there.”

“Maybe if Pooja (Vastrakar) or I were around, we could’ve won the game. But that is part of the game; sometimes some things you can’t control. It is great learning for us,” she added.

Although India ended on the losing side in the summit clash, Harmanpreet is “happy and satisfied” with her side’s CWG campaign.

“I know we were close to winning gold, but all around our performance was great. This is the first time we got to play in this tournament and we’re happy to have won a silver medal.

“A medal is something people back home will get inspired from and they could start playing cricket. As a team, we want to inspire young girls. Doing well on this platform will motivate a lot of people back home.”

All-rounder Tahlia McGrath was a part of the Australian playing XI despite testing positive for COVID-19.

“They informed us before the toss. That was something not in our control. The CWG had to take a decision and we were okay with it since she wasn’t very ill, so we decided to play. We had to show sportsman spirit. I’m happy we didn’t say no to Tahlia, it (missing the final) would’ve even very hard-hitting for her.”

India put up a spirited fielding display that helped them restrict Australia 161 for 8.

“If you want to beat this Australian team, you have to field well. If you give them easy runs, they can easily take the game away. We discussed it in the team meeting and Radha (Yadav) set the example for us.

“The effort we put up today is something we wanted to do. I know the last 2-3 overs [in the chase] were not in our favour but throughout the game, the way we played was outstanding to watch.”

“We’ve been working on our fielding for a long time. I’m happy with the way we fielded today. That is something we wanted to do as a team,” Harmanpreet said.