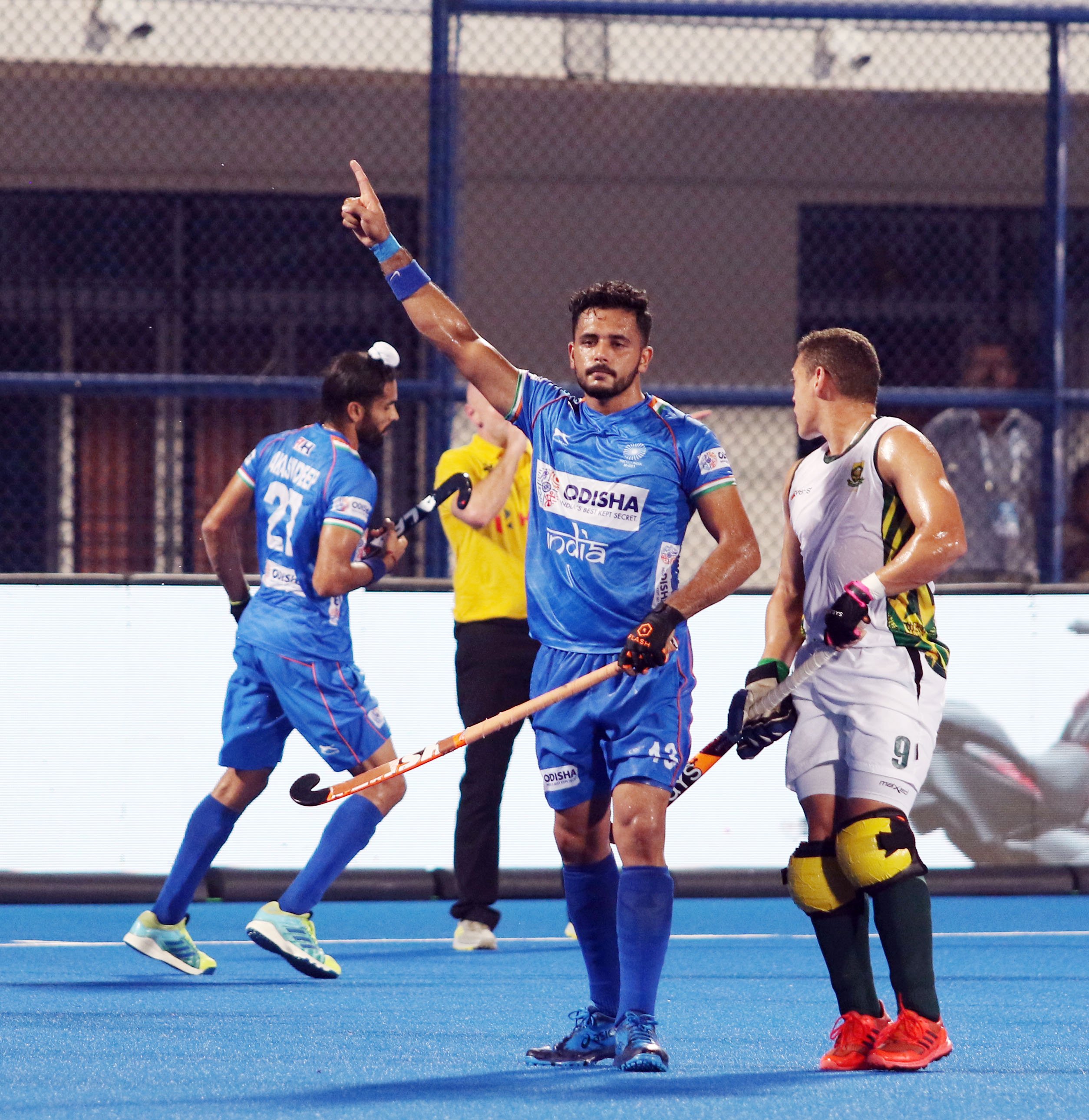 Harmanpreet Singh named the Captain of the Indian Men's Team for the Olympic test.

Bengaluru: Having debuted for the Indian team in May 2015 against Japan during a Test Series in Bhubaneswar, Harmanpreet Singh will lead Indian Men’s Team for the Olympic Test event in Japan where India will take on Malaysia, New Zealand and hosts Japan starting 17 August 2019. sport

Speaking of the task ahead, Harmanpreet said they will be leaving for Japan with an intent to win the tournament. “Malaysia, Japan, and New Zealand are good teams to play against and see where we stand as a unit ahead of the Olympic Qualifiers. sport

“Malaysia recently beat Germany in a match and Japan too are doing well while New Zealand is coming into the event with good exposure from the FIH Pro League. In the absence of senior players who are rested, it is important we step-up our game. sports news headlines

“We are well-prepared, having attended a special Goalkeepers Camp and Defenders Camp. We will be playing every match with the intent to win,” he stated.

He was one of the youngest in the Indian unit that played at the 2016 Rio Olympic Games, a place he secured after a memorable outing in the FIH Champions Trophy in London only months before the quadrennial sporting extravaganza. sports news headlines

“When I look back, I feel fortunate to have come into the Indian team at a time when there were stalwart players from whom I could learn a lot. Players like Sardar Singh and VR Raghunath had a positive impact on my nascent days in the Senior team and their guidance helped me soak up the pressures of International hockey,” reckoned Harmanpreet.