The National Anti-Doping Agency have succeeded in bringing the BCCI under its ambit.

Mumbai: For the past one week a lot have been written on Prithvi Shaw’s back-dated eight-month ban for doping.

The poor kid ought to have known or asked before consuming cough syrup, which had terbutaline, a banned substance under BCCI’s anti-doping regulations.

Before passing a judgement on Shaw, please take due notice that he is only 19. And he is not the first nor going to be the last to consume cough syrup to get instant relief.

The education level of sportspersons is so low that they commit these ridiculous errors. But Shaw’s curious case begs certain questions to be asked.

The incident apparently occurred on February 21 in Indore where Mumbai were camped for the Syed Mushtaq Ali Trophy.

He went to the physio and complained of cough and cold. The physio had apparently advised Shaw to take rest, rather than taking him to a doctor.

Physios are not trained to prescribe medicines and in Shaw’s case didn’t carry out his primary duty of reporting the India player’s discomfort to a doctor.

His mistake was he first of a series of events culminating to Shaw’s retrospective ban.

Had the physio informed the manager, he would have been mentioned it in his report, preventing all hue and cry over the whole issue.

BCCI’s anti-doping official Dr. Abhijit Salve told me that physios of BCCI’s member associations routinely calls him up to inquire about medicines which are safe for prescription to players.

The list of prohibited substances gets updated routinely. Hence even a lot of doctors are sometimes caught on the wrong foot while prescribing medicines to players.

Maria Sharapova’s 15-month doping ban is a classic example of oversight, failing to report intake of meldonium, an anti-ischemic drug usually prescribed for heart conditions that was added to the prohibited list on January 1, 2016. The Russian tennis star failed a drugs test during the Australian Open, which was held from January 18-31. 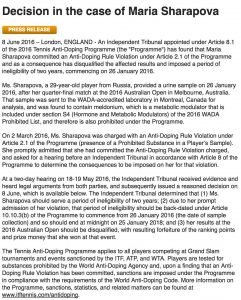 Had the physio taken the little trouble of consulting Dr Salve, all of this could have been avoided.

The BCCI have conducted around 2,500 tests in the past 7-8 years. During that period only six have tested positive for banned substances.

If compared with all other sports in India, stats show that the BCCI has done a commendable job.

Unlike the BCCI, other sports federations doesn’t have a robust system in place to tackle the menace. The World Anti-Doping Agency (WADA) has expressed satisfaction at the way BCCI has handled its affairs.

But yet the National Anti-Doping Agency (NADA) have succeeded in bringing the BCCI under its ambit, a move borne out of greed and power, according to former hockey Olympian Dr Vece Paes, BCCI’s first anti-doping consultant and Salvi’s predecessor.

The Shaw episode forced BCCI to come under the ambit of NADA, having vehemently resisted the move earlier.

It is still unclear if the COA, the Supreme Court-appointed committee running Indian cricket, were consulted before this NADA issue.

Now that NADA has taken over all anti-doping activities in cricket, how will they go about it?

The BCCI raised issues of the quality of the dope testing kits, competence of pathologists, sample collection and the ‘Whereabouts Clause’ with regards to Out of Competition Testing, regarded as invasion of privacy and potential threat to security by top India cricketers.

Kit and pathologists are essential in doping cases. It would be very hectic for NADA as the Indian cricketers are accustomed to living a life out of their suitcases. No other sports team travel nowhere close to the cricketers.

Unless the BCCI forces its states units to appoint medicine doctors for teams, it would be difficult to drive out the menace completely in junior cricket or domestic cricket. A more robust education programme is required to tackle the issue head on at the primitive stage.

In case of Shaw, he went by the book in communicating his discomfort to the Mumbai team physio, who erred in taking matters in his own hands. 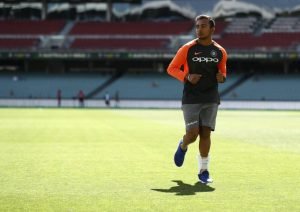 Prithvi Shaw’s doping issue should be a case study for budding Indian cricketers.

The Karnataka State Cricket Association (KSCA) has undertaken an extensive programme of educating the parents of budding talents. Unless the parents are aware of how serious the issue is, how could we expect a teenager to know?

In India, as far as doping in India is concerned, education is at a discount. It has to go deep down, from state to district to the club level.

The concept of doping is not amply clear in Indian sports. It is not diet measurement as many believe.

Shaw’s case is a perfect case study for players, parents as well as teams. The BCCI should ensure that all state associations publish notices regarding banned substances in regional languages.

The players would suffer because of it and many budding talent would lose precious development time. Once any dope convict is free to play again, he would have to start from scratch.

The BCCI and NADA should work towards maintaining a harmonious existence and work in a matured way to lift the game of cricket to greater heights.