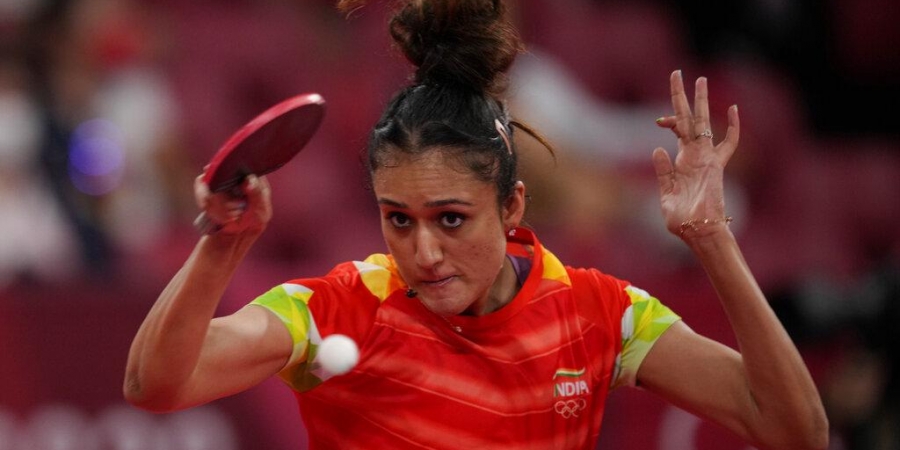 New Delhi: Star table tennis player Manika Batra believes having a personal coach is a basic requirement for an athlete playing individual sport and if she had court-side access to hers in Tokyo Olympics, she would have done better.

Speaking to PTI, Manika said the authorities, including the Table Tennis Federation of India, should not mind personal coaches travelling with the players even in multi-sport events like the Olympics.

“Chief coach is fine for team events but we also have singles event where certainly one needs his/her coach as that person knows more about the training and game of his player,” said the world number 56. She said the India chief coach can focus on the team competitions, while personal coaches steer individual campaigns.

Her comments come after she was show-caused by TTFI for refusing national coach Somyadeep Roy’s help during her singles matches in Tokyo after her personal coach Sanmay Paranjape was denied field of play access due to a limit on accredited personnel by the Games organisers. She also cited the example of individual sports like badminton and tennis where it is common practice for players to take their personal coaches in all tournaments.

In her response to the show cause notice, Manika has raised questions on Roy who has not been called for the ongoing national camp as a result. The 26-year-old said she expects fair justice. Manika and G Sathiyan recently won the mixed doubles title at the WTT Contender in Hungary. Her coach did not travel there.

“Only for the team event part of a tournament, we can of course have a chief coach, but this is not hockey or football. We can give our best if we get to work hard and give our best in training with our training teams as it’s an individual sport not a team sport.

“This is not about ego, it is all about the requirements of a player. Even my seniors went to Sweden and Germany and still go abroad to their individual clubs and train in their hometowns in India, which is how it should be.

“Even in Hungary, coaches of Sreeja Akula and Sathiyan were there and it’s a basic requirement like training. In the team event, it’s okay to have the chief coach but singles surely, we need our coaches and it has always been at no cost to TTFI,” said the Commonwealth Game gold medallist.

Manika admitted that controversy over her coach being denied field of play access impacted her performance in Tokyo. She nonetheless became the first female player from India to reach the round of 32.

“If the atmosphere and support would have been better, I’m sure I would have played my third round better. I gave my best.

“On the issue (not taking national coach’s help) I have written to the TTFI after its notice and raised issues which are important and I also wish some fair justice,” said the Khel Ratna awardee, India’s highest sporting honour.

On her overall Tokyo campaign, she said: “I would have definitely liked to cross the third round too and in the first two matches, I really played well.

“The mixed doubles draw (with Sharath Kamal) was tough but it will motivate me to push further.” Manika has done a lot for raising the profile of table tennis.

Asked what more needs to be done, she added: “…right now I am playing my best and doing my job as an athlete for the years to come, that is my aim and duty.”