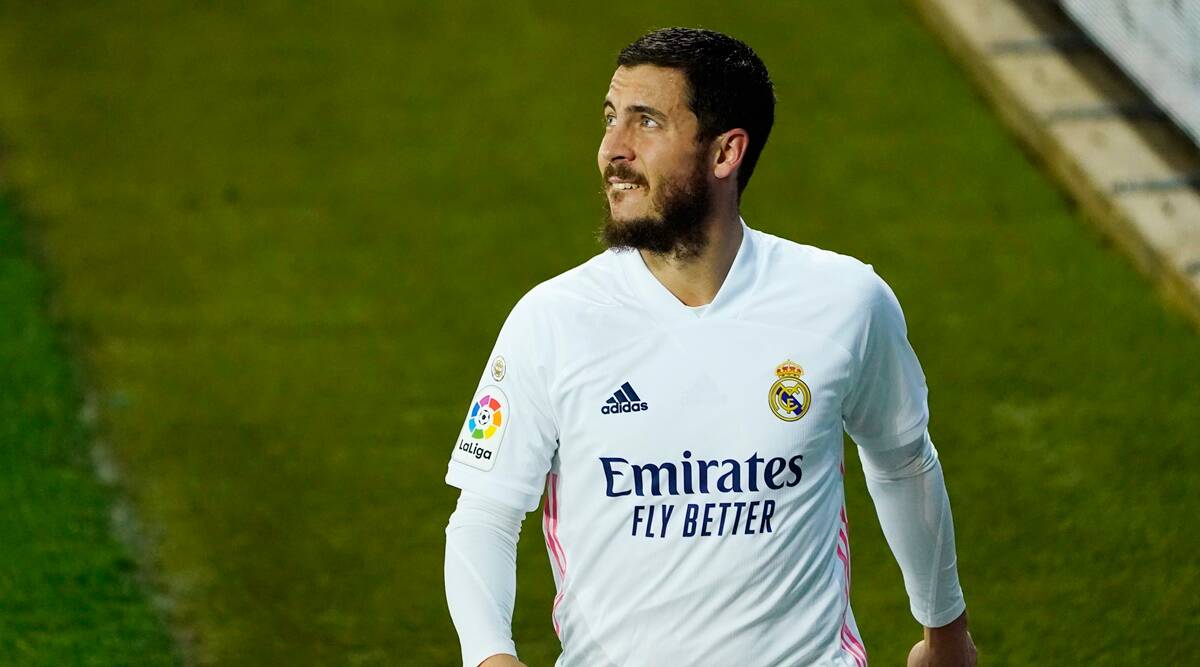 New Delhi: Eden Hazard scored his first goal in almost three months while Karim Benzema bagged a brace as Real Madrid eased to a 4-1 win away to Alaves in La Liga on Saturday in the absence of coach Zinedine Zidane.

Zidane tested positive for COVID-19 the day before the game so assistant David Bettoni took charge of the team instead and his side got off to a strong start when Casemiro headed in a Toni Kroos cross in the 15th minute.

Benzema curled into the top corner in the 41st after a neat backheel lay off from Hazard, who then scored his second goal of the season and his first since netting against Huesca on Oct. 31 to further stretch Real’s advantage just before the break.

Former Real youth player Joselu pulled a goal back for Alaves in the 59th minute, powering in a header from a free kick, but Benzema rounded off the victory for second-placed Real with an exquisite solo run and goal in the 70th minute.

The victory eased the pain of Wednesday’s shock 2-1 defeat to third division Alcoyano in the Copa del Rey as well as their Spanish Super Cup loss to Athletic Bilbao and took Real on to 40 points, closing the gap with leaders Atletico Madrid to four.

Diego Simeone’s side have two games in hand, however, and can restore their advantage at the top to seven points when they play Valencia on Sunday.

“This was a great performance from us and will lift our confidence,” said Benzema after his side earned only their second victory from their last six games in all competitions.

“We know every game is difficult, we always try to put in our best performance but sometimes it’s hard when teams defend deep. But today the goals kept flowing and that’s good for everyone, especially after the week we’ve had.”