'He will do a great job for KKR': Karthik praises Harbhajan 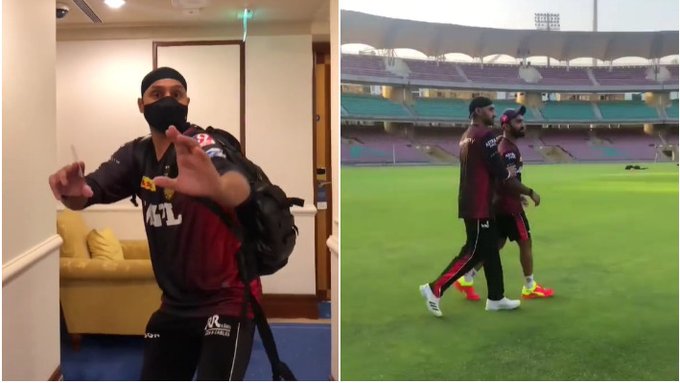 Harbhajan, who was released by Chennai Super Kings this year but was picked by Kolkata Knight Riders (KKR) ahead of this season for his base price of Rs 2 crore, is one of the many spinners in the KKR line-up.

“Picking him I think wasn’t easy, considering that he has been around for so long. But the amount of interest and intensity he has shown in the last one week is just fabulous,” said Karthik, who is a former captain of KKR but was replaced by Eoin Morgan following poor performances.

“He has been coming to practise sessions early, much ahead of all other players! And he has been doing it consistently! I think he is a different man now from whatever little I have seen of him this week,” Karthik added.

“Even in a practice game that starts at 7 PM, he had come at 4 O’clock! He was batting before that, he bowled to Shakib (Al Hasan) and (Eoin) Morgan, and then did his stretching again before getting into the practice game,” added the former India wicket-keeper.

“He is bowling in the match and also fielding all 20 overs. That’s about as much as you can ask for from a man of his stature! He has achieved everything. Yet to show this kind of interest at this stage of his career speaks volumes of him as a character. I am sure he will do a great job for KKR,” the 35-year-old Karthik added.