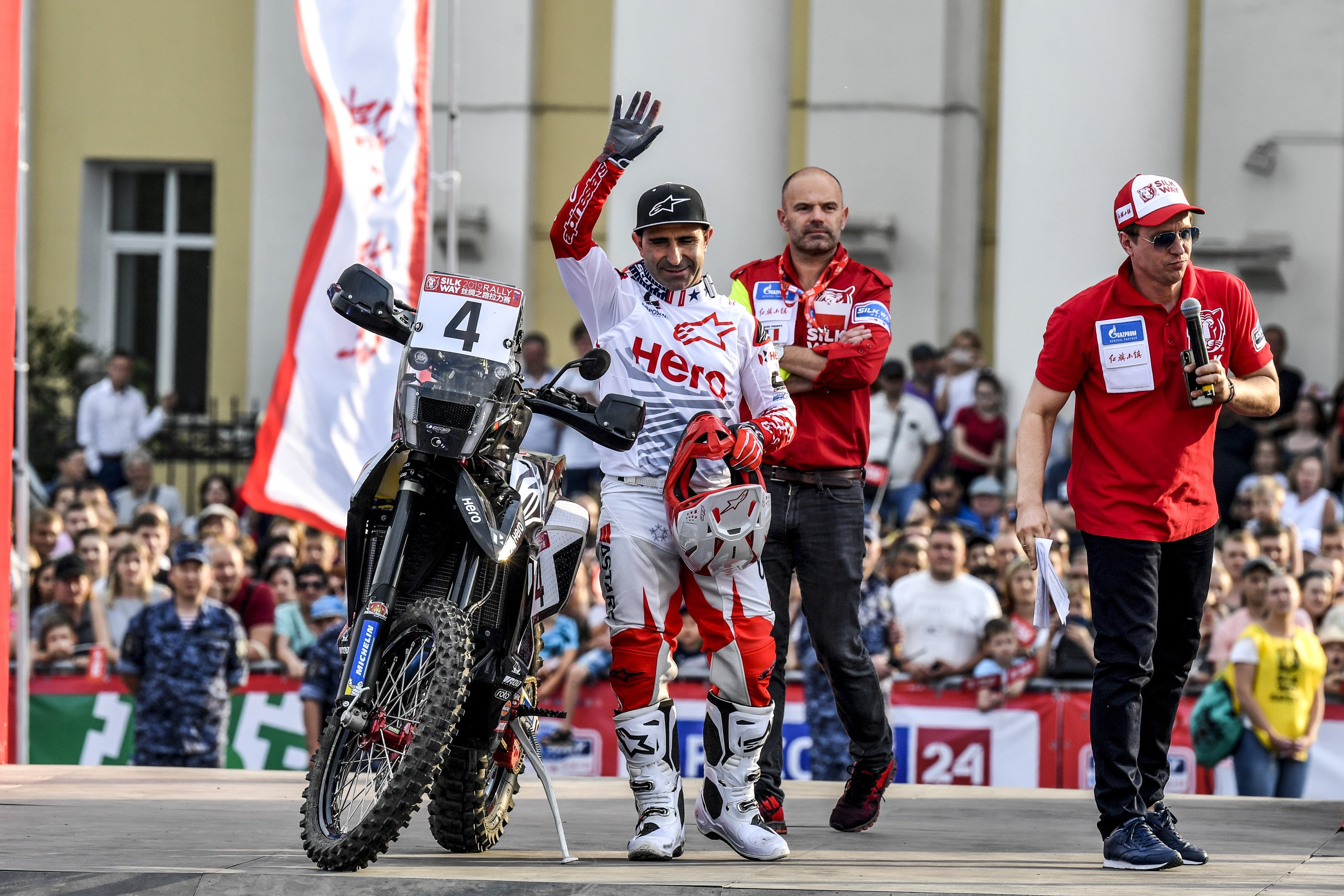 Irkutsk, Russia: Hero MotoSports Team Rally has made an impressive debut at the ninth edition of the Silkway Rally. Led by its newest Rider, former world cross country champion and the Dakar Runner-up in 2015, Paulo Goncalves, who finished Stage 1 of the Rally in sixth position.

Closely following him was the team’s second rider, ‘Best Rookie of Dakar 2018’ and two time top-10 finisher of the Dakar, Oriol Mena, who finished the stage in 10th position.

The Hero MotoSports Team Rally has come to the Silkway Rally on the back of a solid training program and strong performances in the new season, including podium finishes at the Mezouga Rally in Morocco and Desert Storm Rally in India.

The much-awaited debut of Paulo Goncales in the Hero MotoSports Team Rally colours, happened on Saturday as Paulo and Oriol rolled off the inaugural podium of the Rally, amidst the festivities and cheer in the town of Irkutsk.

Stage 1 on Sunday, took the competitors from Irkutsk and put them to the test on first special stage of 51kms of technical tracks alongside the shores of Lake Baikal to reach the first rally bivouac at Baykalsk. The total stage distance covered was 255 km including the two-liaison stage making up the 201 kms. Stage 2 on Monday will give the first taste of the rally to the competitors with a long day of riding covering 413 kms from Baykalsk to the Ulan Ude bivouac. 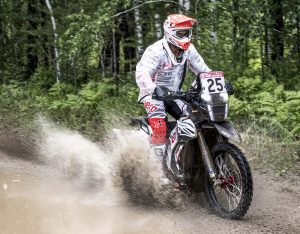 The Silkway Rally 2019, touted as one of the most large-scale cross-country rallies in the world and the largest in the FIM calendar of events, opened its doors to the bike category for the very first time and also became one of the key rounds of FIM Cross Country Rally World Championship.

Starting on July 6 from Irkutsk (Russia), it’s a unique 2700km adventure, divided into ten varied and technical stages with a start in east Siberia, the crossing of Mongolia from North to South and the famous Gobi desert and its ocean of dunes, to judge the finish, on July 16 in Dunhuang (China).

Commenting on the performance, Hero MotoSports team manager Wolfgang Fischer said: “This is a new and exciting adventure for the rally lovers across the world and all the competitors. For us, this is an important rally as we present Paulo Goncalves to the Rally world for the first time as a part of Hero MotoSports Team Rally. As this is a long race, and the terrains, climate and tracks are completely new to us, our aim will be to bring both the bikes and the riders safely across the finish line.”

On his display, Paulo Goncalves said: “I am very excited on making my debut in the Silkway Rally with Hero MotoSports Team Rally. I am happy with the preparations we have made and how the team has bonded so well during the training sessions and feel there’s a great positive energy within the team. I got a good feeling out there today and I am really happy with my Hero 450 RR. It was a short stage with just about 51 kms to be done on the clock, but it was a bit tricky as the ground was slippery due to overnight rains. So, I rode fast enough to avoid unnecessary risks and happy to see the back of the first stage. Looking forward to the next one.”

Further, Oriol Mena said: “I have had a good season so far and good preparations with the team. For me this race, like every race is about getting more experience, learning and improving my skills. It is a great opportunity for me to be racing alongside Paulo and learn from him. Happy to finish the first stage of the rally. I rode well today, with a good feeling on the bike. The piste was full muddy and slushy with water holes and some stones as well. It’s just the start of the rally so I did not want to take any risks. I am happy for myself and Paulo that we made a good start for the team today.”

Double delight for Sethu and Ravikumar in INMRC Round 2