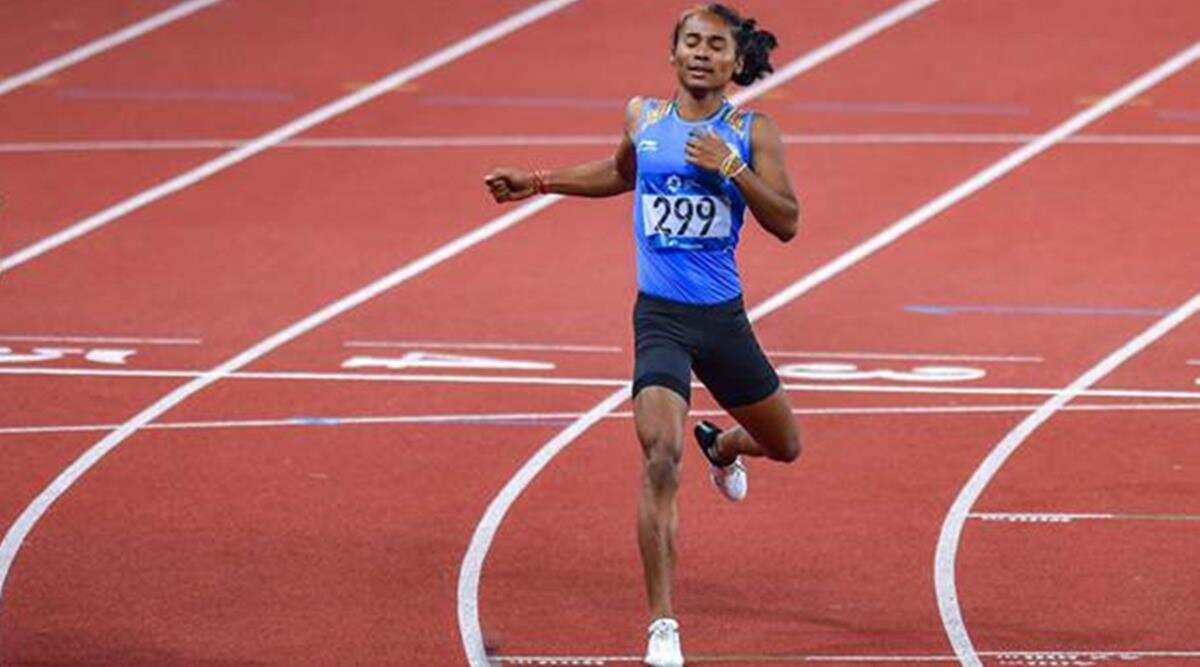 New Delhi: Star Indian sprinter Hima Das ran her first competitive race in more than a year and won a gold in the women”s 200m in the Indian Grand Prix II at the Netaji Subhas National Institute of Sports campus here on Thursday.

Hima, who is yet to qualify for the upcoming Tokyo Olympics, had run her last competitive race in August 2019. She had suffered a lower back injury at the 2018 Asian Games and that forced her to miss the World Championships in Doha in September 2019.

After that COVID-19 pandemic struck and the entire domestic calendar was wiped out, no Indian athlete could take part in any event abroad.

Sprinter Dutee Chand blazed the track to win the women”s 100m in 11.44 seconds, an improvement on the 11.51 seconds she had clocked last week in the first GP. She is hoping to qualify for the Olympic Games by meeting the 11.15 seconds standard.

She can also qualify as one of the 56 starters in the Tokyo Games on the basis of her rankings. She is world no. 33 at the moment.

Two of his relay squad team-mates, Arokia Rajiv (Tamil Nadu) and Muhammed Anas Yahiya (Kerala), were locked in a fascinating contest over the 200m sprint. Rajiv defeated Anas, who holds the national record, by 0.20 seconds, with a time of 21.24 seconds.

Kerala”s M Sreeshankar, competing in his first national-level long lump competition since October 2019, produced a best leap of 8.05m on his sixth try to win the gold.

He would have been pleased with his rhythm that fetched him jumps between 7.75m and 7.87m and egged by that, he went over the 8m mark to have a promising start to the season.

In the men”s shot put, Tajinderpal Singh”s opening effort of 19.49m was good enough for the gold.

Javelin thrower Annu Rani of Uttar Pradesh, who was seeking Olympic qualifying mark of 64.00m, delivered a 61.22m throw with her opening effort to win the gold.