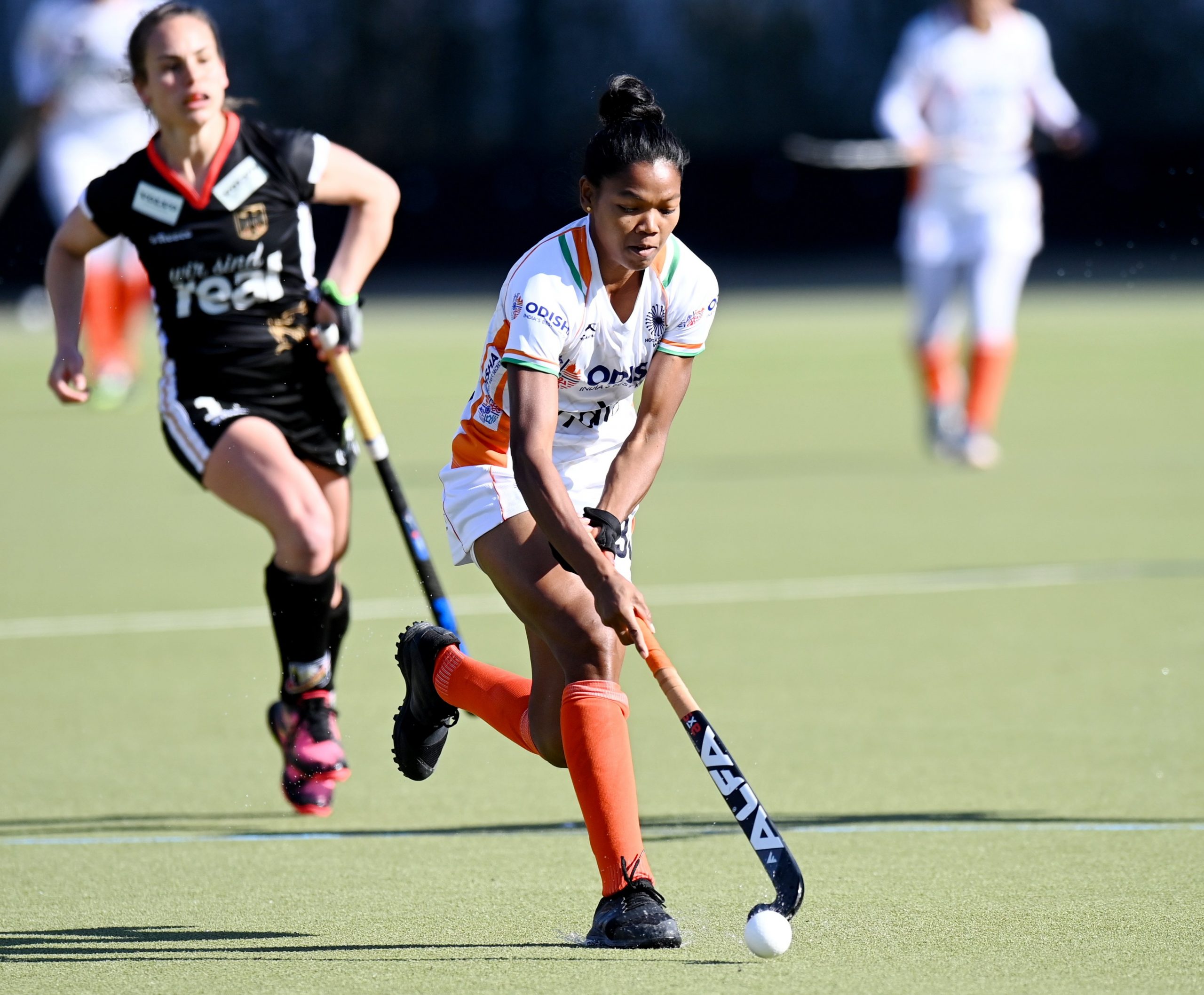 Dusseldorf: The Indian women’s hockey team once again impressed in defence but couldn’t stop Germany from winning their third consecutive game in the four-match series here in Dusseldorf on Tuesday.

World no. 3 Germany won by a 2-0 margin through goals from Sonja Zimmermann (26th) and Franzisca Hauke (42th).

Encouraged by their robust defensive display in the second game of the series, the Indian side continued to frustrate the German attackers. The hosts were unable to create any early momentum and had a penalty corner saved in the first quarter.

While Germany pushed forward to break the deadlock, the Indian backline stood firm yet again. Germany were awarded a PC early into the second quarter but still couldn’t find a way past India’s defence. The team managed to keep out three PCs in the previous game too.

Germany ended India’s resistance in the form of a goal from the third PC. This time, defender Zimmermann made no mistake as the world no. 3 side started the third quarter with a lead.

Germany doubled their advantage shortly before the end of the third quarter with seasoned midfielder Hauke getting on the scoresheet. The German side held on to complete their third successive win.