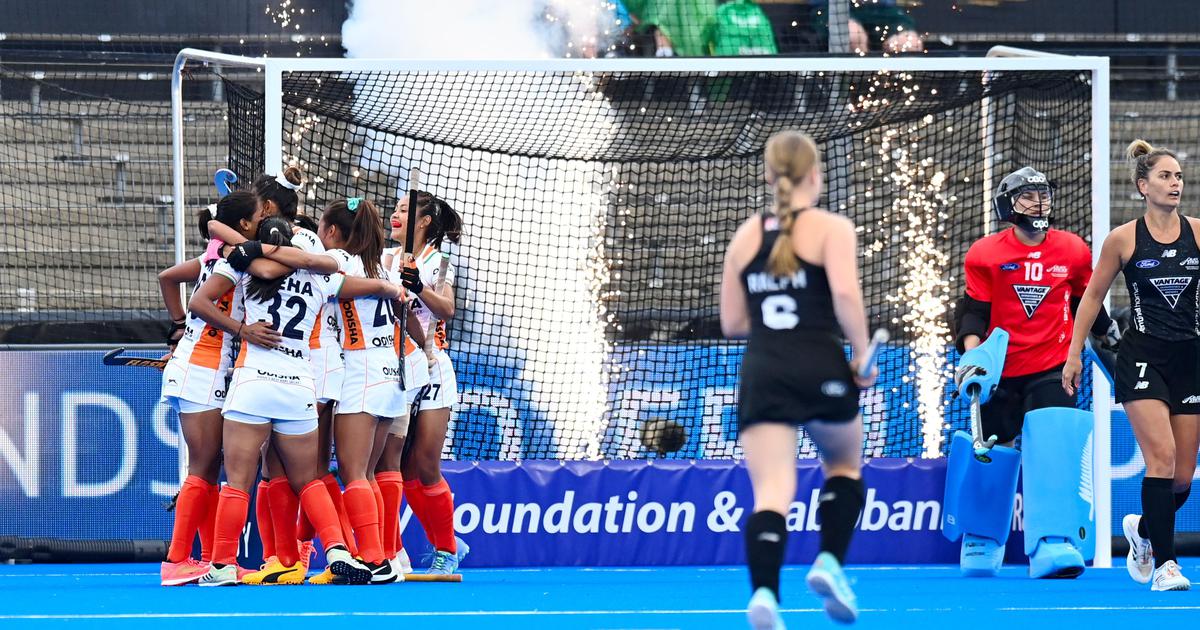 A wasteful India lost 3-4 to New Zealand in their final Pool B match but still remained in contention for a quarterfinal berth of the FIH Women’s Hockey World Cup after finishing third in their group.

New Zealand topped Pool B with seven points ahead of England (4), while India and China finished on two points apiece but progressed on account of a better goal difference.

According to the tournament format, the top four sides from four pools will directly qualify for the quarterfinals, while the second and third-placed teams will feature in the crossovers.

The winner of the crossover matches will grab the remaining four quarterfinal spots.

India will play the second-placed team of Pool C, co-hosts Spain, in their crossover match at Terassa on Sunday. Co-hosts Netherlands, New Zealand, Argentina and Australia have directly qualified for the quarterfinals after topping their respective pools.

India should have sealed the game in regulation 60 minutes if not for an uncountable missed chances, including as many as 15 penalty corners, out of which they converted just one.

The Indians started brightly, enjoying early possession and their efforts bore fruit when a diving Vandana deflected in Lalremsiami’s push after a quick turn from inside the D in the fourth minute.

In the 10th minute, Shamila Devi had a brilliant opportunity to hand India the lead from a one-one-situation with New Zealand goalkeeper Brooke Roberts, only to falter but in the process secured India’s first penalty corner.

Gurjit’s powerful flick from the resultant set piece was saved by Roberts.

New Zealand secured their first penalty corner in the 12th minute and Olivia Merry found the net with a routine shot through the legs of India skipper and custodian Savita to level the scores.

Three minutes into the second quarter, Lalremsiami was denied by an onrushing NZ goalie Roberts from a one-one situation, resulting in another penalty corner but Deep Grace Ekka’s shot wide.

India were punished by New Zealand for lapse in concentration a minute before half-time when an opportunist Jopp scored from a goal-mouth melee.

New Zealand came out attacking after the change of ends and secured back-to-back set pieces, the second of which was converted by Davies.

It was all India thereafter as they secured penalty corners in numbers but failed to utilise the chances. Lalremsiami pulled a goal back for India in the 44th minute neatly deflecting in Sushila Chanu’s pass.

India went on the offensive in the final quarter and secured a barrage of PCs, only to waste them again.

New Zealand got their two goal lead back when Merry scored from another set piece.

But Gurjit finally scored from a set piece when she converted India’s 13th penalty corner in the 59th minute. In the final minute of the match, India secured two more PCs but to no avail.