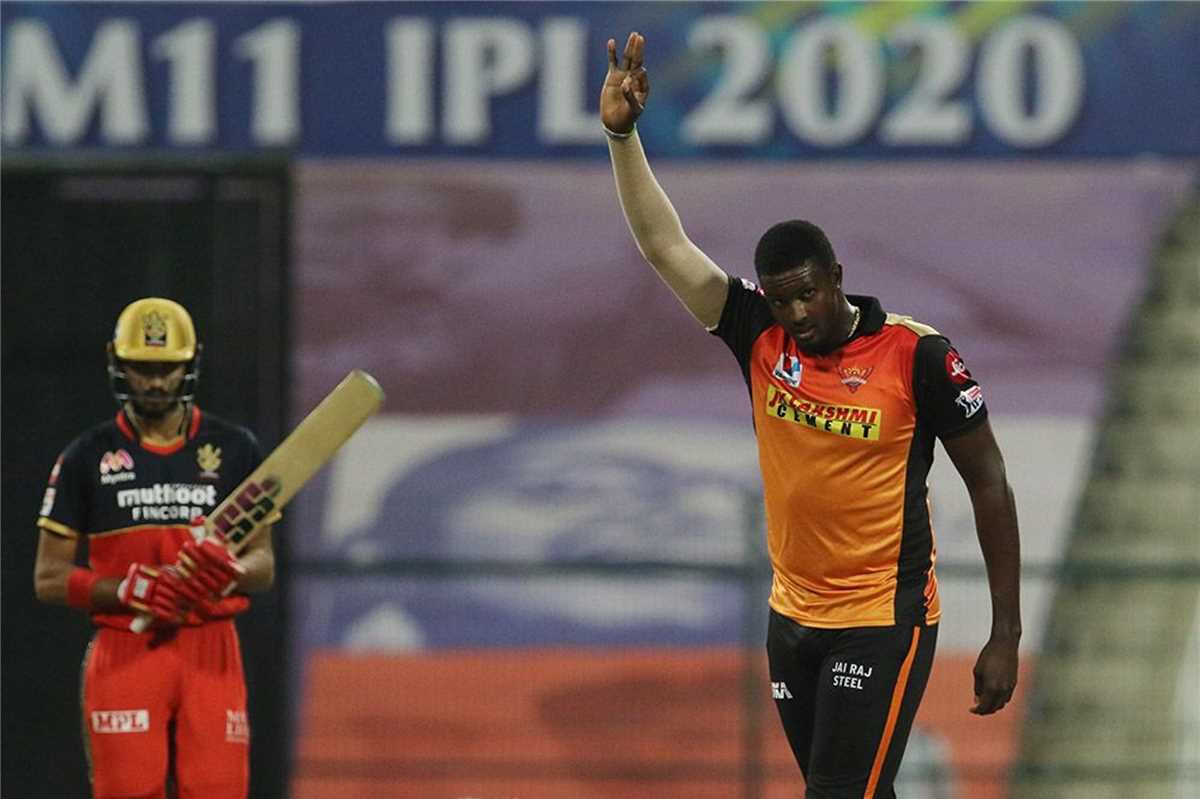 Abu Dhabi: Jason Holder led from the front on Friday, bowling with the new ball and in the ‘death’ overs and picking three wickets to help SunRisers Hyderabad (SRH) restrict Royal Challengers Bangalore (RCB) to 131 for seven in 20 overs.

“His height helps and he can swing the ball with that height. He is also quick although not express pace but that pace with his height is effective,” said Lee on Star Sports.

The right-arm fast bowling all-rounder had come in as a replacement for Australian Mitchell Marsh who was injured in the first game (against RCB).

Holder was then benched but since making the eleven on October 22, he has kept performing in the last six matches. He now has 13 wickets in six games and has conceded runs at just 7.62 runs per over.

“It’s been good so far. To be doing well under pressure is heartening, especially when you have come in as a replacement. A long way to go for me personally, my game is on the mend, but I’m still young and working on my skills in the last couple of years,” said Holder in the mid-match interview.

Holder has not had many chances to bat. He only has an unbeaten 26 to show as a good performance by SRH batsmen in recent times has given him just two chances to bat.