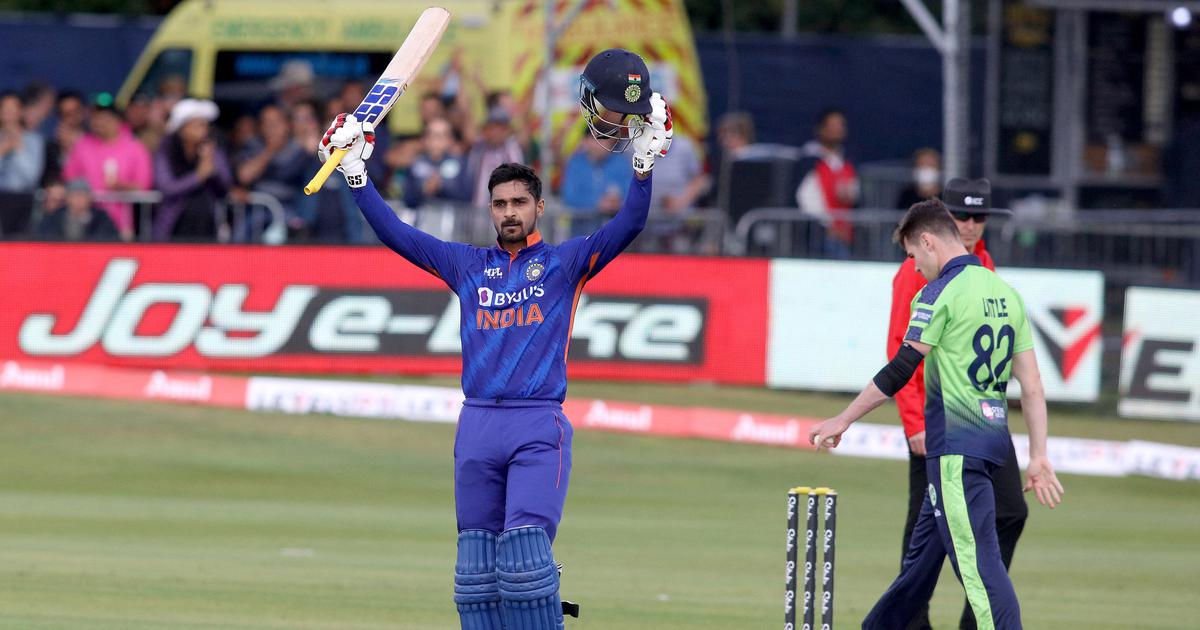 Malahide: Deepak Hooda produced a master-class knock, becoming only the fourth Indian to hit a T20 International century, as the visiting side posted a mammoth 227 for 7 against Ireland in the second and final match here on Tuesday.

Further, Umran Malik held his nerve in the final over as India defeated Ireland by four runs in a thrilling encounter.

With the win, Hardik Pandya-led India clinched the series 2-0.

During his maiden T20I ton (104 off 57 balls), Hooda showed he belonged to the big stage with his scintillating stroke play, both off the front and backfoot.

While Hooda was elegant and at ease on the frontfoot, he was equally good on the backfoot, dispatching the ball over the midwicket boundary for a few sixes.

Hooda decorated his knock with nine fours and six hits over the fence.

He was ably supported by Sanju Samson, who, opening the batting in place of injured Ruturaj Gaikwad, played second fiddle but grabbed his opportunity with both hands.

Samson made 77 off 42 balls with the help of nine boundaries and four sixes.

Both Hooda and Samson’s strokeplay down the ground were a treat for the eyes.

Ireland approached the chase with the right intent as Paul Stirling (40) and skipper Andrew Balbirnie (60) were off to a flier in the power play. However, with Stirling dismissed by Ravi Bishnoi (1/41) in the 6th over, and Gareth Delany dismissed for a duck in the following over, Balbirnie was left to do the heavy lifting.

Eventually, it was a resilient partnership between George Dockrell (34*) and Mark Adair (23*) that brought Ireland to touching distance Malik (1/41) held his nerve to defend 17 runs in the final over.