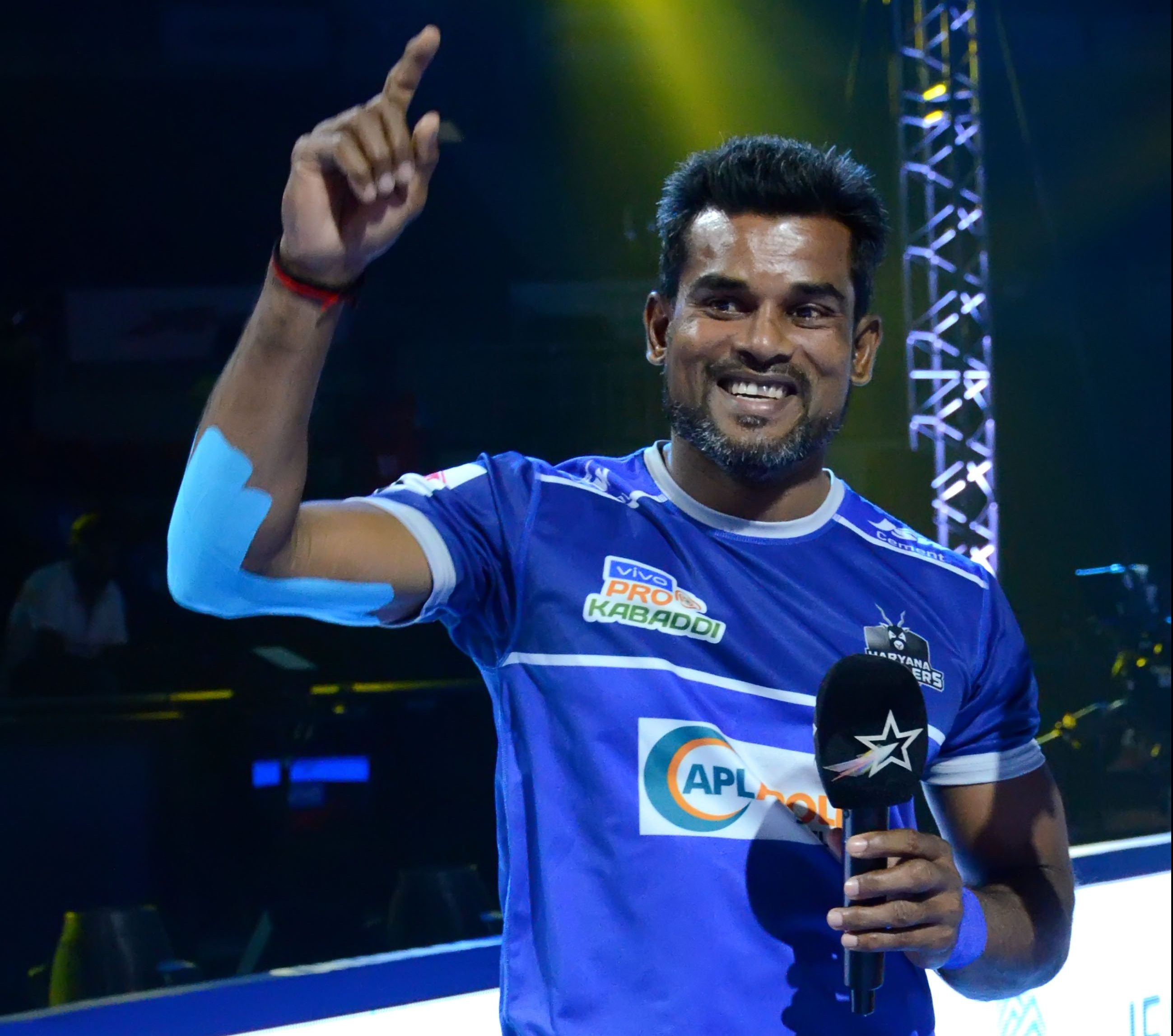 New Delhi: Dharmaraj Cheralathan, one of the country’s eminent kabaddi players, has won nine gold medals with the national team in events such as Kabaddi National Championship, 2017 Southeast Asian Games and the Asian Beach Games. He has also won the PKL title with the Patna Pirates in the fourth season.

Dharmaraj being a key member of the Indian squad, he provided several gains in India’s success at the Kabaddi World Cup 2016.

Recently Dharmaraj spoke to Sports Lounge on his journey and several aspects of Kabaddi including the performance of Haryana Steelers.

Excerpts of the interview:

SL: Who inspired you to take Kabaddi as your profession?

DC: Since my childhood, I was so interested in playing Kabaddi. In our village, everyone used to play different sports, including Kabaddi. It was the main sport which was played by the people in my village. I have grown watching the tournaments, which attracted me a lot. Further, I started playing Kabaddi and everyone praised me and motivated me to pick Kabaddi as a profession. It was a very long journey.

SL: What do you think about Kabaddi in Olympics?

SL: As a captain, what are your expectations from the team, are you happy with the overall performance of the team?

DC: Initially, Haryana Steelers played well in one or two matches, further there was no coordination in the team. Now the team is practicing to give their best in the next matches and are also playing comparatively better. So, basically, team is improving and we have set a target.

SL: What are your opinion and views about PKL?

DC: Pro Kabaddi League is bringing opportunities as well as growth for the kabaddi and its players. Earlier, Kabaddi was not a famous sport but now credits to PKL, people have started taking interest. This league will also help Kabaddi to reach in Olympics.

SL: Apart from Kabaddi, which sport you love the most?

DC: I have never played any other game, I have only played Kabaddi. So I don’t have interest in any other sport.

DC: Pro Kabaddi is really helping young players. It also helps the players to focus on their fitness and diet as well.

SL: Is PKL helping in the improvement of Kabaddi, or is there any effect on Kabaddi after PKL?

DC: Pro Kabaddi has changed and improved the lives of the players and the sport. If PKL will not be there then kabaddi will be a flop game, no one will take interest and no one will play kabaddi.