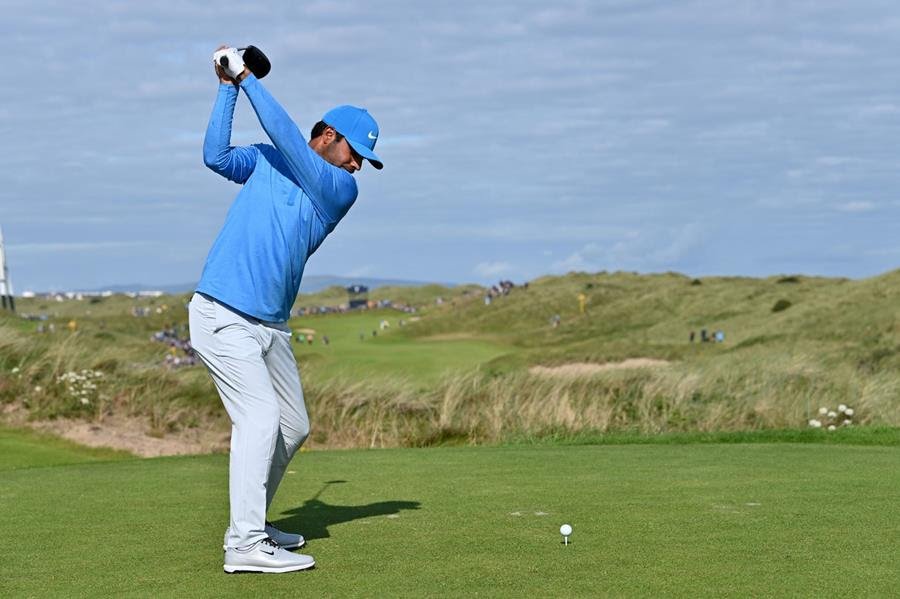 Antrim, Northern Ireland: Shubhankar Sharma looked set to make a second successive cut in just his second Open Championship appearance, but the result on two holes left him disappointed ahead of the weekend at Royal Portrush here.

Sharma, who started the day at -1 following a bogey-free 70 on Thursday, increased his birdie count to three, but also dropped four shots for a one-over 72 round on Friday. That meant he was even-par for the tournament at the halfway stage and tied for the 51st place when he finished his round. The top-70 players and ties advance to the money-making rounds.

The bogey-free streak ended early for the Chandigarh lad, who turns 23 on Sunday, when he could only play it out safe from the rough on the opening hole after slightly pulling his tee shot. He quickly made up for that with a birdie on the par-5 second, where he two-putted from 25 feet, and then picked up further shots on the sixth and seventh after another bogey on the fourth.

Sharma was one-under par after 10 holes and seem to be in fine fettle as he set another birdie putt from five feet on the par-4 11th hole. And that was where his woes started.

He missed the short birdie putt, and then promptly smashed his driver on the par-5 12th into the one place he should not have – the deep, right fairway pot bunker. His second shot caught the lip and stayed back and he ended up with a bogey. The two missed birdie opportunities was virtually a three-shot swing and ruined his momentum ahead of the tough closing stretch.

“A little bit disappointed. But again, I’m happy the way I played the last 36 holes. I was very calm on the course. I played decent. I hit a few shots today that I didn’t want to and dropped a few shots on the back nine. But it’s all part of the game. I’m pretty happy with where I am,” said Sharma.

“I was hitting it good. Just the back nine I missed that small putt for birdie on the 11th. And then, in the bunker on the 12th, I was just trying to advance it like 80 yards, but it hit the lip and came back in. I made bogey there. Those two holes kind of took the wind out of my sail.”

The fact that he made it to the weekend comfortably was a matter of satisfaction, and Sharma was looking forward to making a charge over the last 36 holes.

“I’m happy that I’ve secured the weekend, but I feel like I played better than my scores today. I could have gone lower. But again, there’s 36 holes left. It’s a clean start again, and I’ll try and do my best on the weekend,” Sharma added.

“I have got some work to do. I’ll do some putting. I wasn’t really rolling it on the back nine as well as I was yesterday. I was kind of tentative and didn’t really have the right speed on the greens. I think I have to do some work on the greens.

“Other than that I don’t have much to do with the driving and 3-woods. I still have to hit a few iron shots just to dial them in. I am looking forward to the weekend.”

England’s Stokes nominated for New Zealander of the Year award