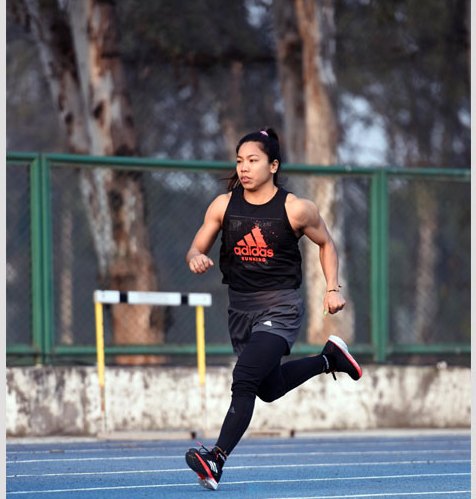 Mumbai: Weightlifter Saikhom Mirabai Chanu, who won gold medal in Commonwealth Games 2022, spoke about her inspirations in life with the host and megastar Amitabh Bachchan on ‘Kaun Banega Crorepati 14’. She also shared how her coach in Manipur gave her the strength to pursue her dreams.

She recalls her days of picking up bamboo in forests before her coach in Manipur saw her desire to train and gave her first weights to practice with.

“I used to yearn to go train in the city but there was no one I could depend upon to support me,” Mirabai recalled. “One day, my coach in Manipur gave me weights of 35 kilos to practice with and I was really happy. I thought maybe my coach saw my desire to get trained and was instrumental in fulfilling my dreams.” “Eventually, I started training with all my heart and never though that due to lack proper equipment to train, I cannot pursue my dreams! I did not lose hope and worked hard.”

Adding more to the conversation Mirabai’s companion in the show, her coach Vijay Sharma shared what he saw in the weightlifter that he decided to train her.

“There are two things that set Mira apart from other players. One is discipline and the other is dedication. After the Rio Olympics in 2016, Mira and I went with hopes of winning the medal and our performance was also quite nice but we were disappointed,” Sharma said.

He elaboratred: “Mira felt demotivated and thought of quitting being a weightlifter but after 10 to 15 days, when Mira’s mother, I and the Federation all tried our best to support her and encourage her, she then said that she will work harder. After one year, in 2017 she became the World Champion.”

Mirabai also gives credit to a truck driver named Gopang for motivating her in her career. She recalls Gopang would help her reach her training centre on time.

“The distance between my house in the village and the training centre was 24 kms. When I stepped into the field of sports, I had to go early because there would be an assembly held at 5am! No taxis would ply the route that early in the morning except for trucks, which would start playing on the route from early morning between 3 am or 4 am,” the 28-year-old weightlifter said.

Later, she recalls how she convinced her mother to allow her to travel in a truck.

“I told my mother I would travel on the truck but it was difficult to convince my mother. Yet, I was determined to train and so one day I finally asked a truck driver if he could pick me up and drop me off at the training centre every morning. He was so happy and agreed to do it and told me please train properly. Every day he used to pick me up and drop me off and there was not a single day when I missed my training,” Mirabai added.

Expressing her gratitude to the truck driver, she said: “Today I am standing in front of Amitabh sir, wearing my medal and I would like to give credit to that truck driver. However many medals I bring home, I can never forget him. For him, I have reached this far in life.”

The special episode of September 5 will see boxer Nikhat Zareen and weightlifter Saikhom Mirabai Chanu appearing on the show and sharing stories of their victory in Commonwealth Games 2022 held in Birmingham, England.