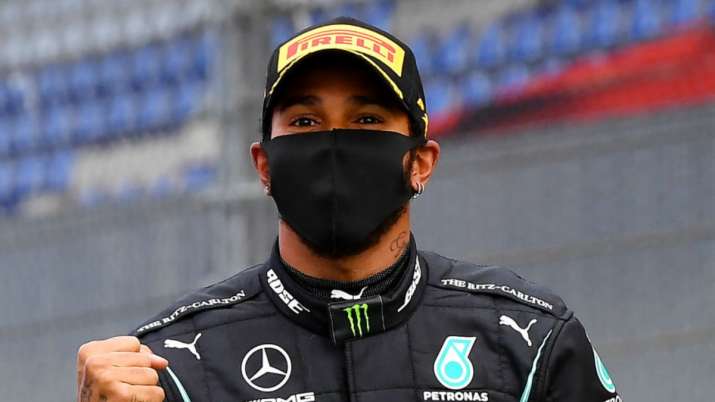 It was Hamilton’s second straight pole this season and record-extending 90th of his Formula One career.

I just have to pinch myself, it doesn’t register, Hamilton said.

Valtteri never makes it easy for me. He kept the pressure on.

Hamilton has won seven times at the Hungaroring and the veteran British driver needs one more to equal F1 great Michael Schumacher’s single-track record of eight wins, when the French GP was held at Magny-Cours.

He was .107 seconds quicker than Bottas and .93 faster than Racing Point driver Lance Stroll.

The car was on fire today … I’m going to try and get some big points tomorrow, said an exuberant Stroll, whose teammate Sergio P rez was fourth.

Racing Point uses Mercedes engines and is looking quicker than Ferrari, which is falling behind.

Four-time F1 champion Sebastian Vettel and teammate Charles Leclerc were fifth and sixth both around 1.3 slower than Hamilton who was beaten 7-5 for poles by Leclerc last year.

Earlier, Bottas led Hamilton by .042 seconds in overcast conditions for the third and final practice.