I have to overcome many challenges in international cricket: Kuldeep Yadav 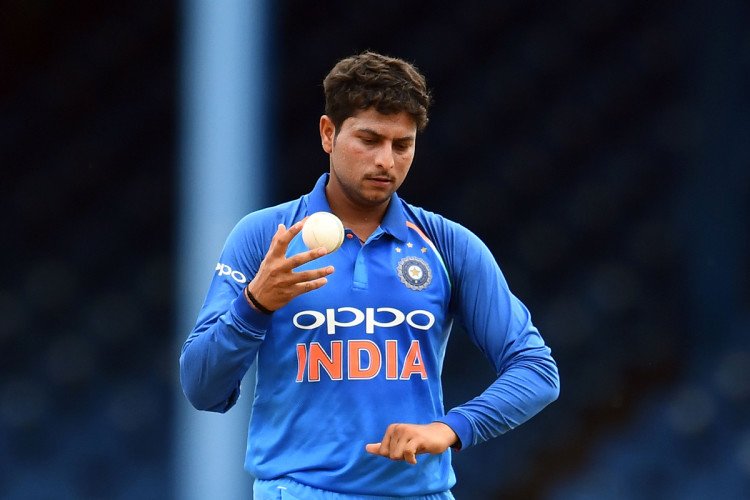 New Delhi: India spinner Kuldeep Yadav reckons that the current phase in his career is one of the many challenges he will have to overcome in international cricket by keep putting in hard yards.

Kuldeep has not had much to do in the last couple of months as he and Yuzvendra Chahal were sidelined from two Twenty 20 series against the West Indies and South Africa respectively with India trying out youngsters in the lead up to the T20 World Cup next year.

“When I started playing cricket, never thought I would play for India. I have been playing for India close to three years now, there will be many challenges, like the one I am facing at the moment,” Kuldeep told when asked about the challenging phase when he is struggling to make the Test XI following his exclusion from the T20 side.

“There is nothing without hardwork and discipline and I continue to play the game with that approach,” he said at a promotional event.

The 24-year-old started his journey in international cricket with a four-wicket haul against Australia in a Test match in March 2017 and it did not take him long to cement his place in the side in all three formats.

He also became third Indian to take a hat-trick in ODIs.

Kuldeep remains part of the Test squad but has not got a game this season with Ravichandran Ashwin and Ravindra Jadeja doing the job rather well in the ongoing series against South Africa.

After the World Cup, where he took six wickets in seven games at 56.16, he played ODIs in the West Indies but warmed the bench in the two-Test series.

Asked if the selectors and team management have communicated their reasons for not including him and Chahal in the T20 squad, Kuldeep said: “I will talk about it when the Test series is over.”

No reverse swing for SA pacers in Test series so far: Rabada