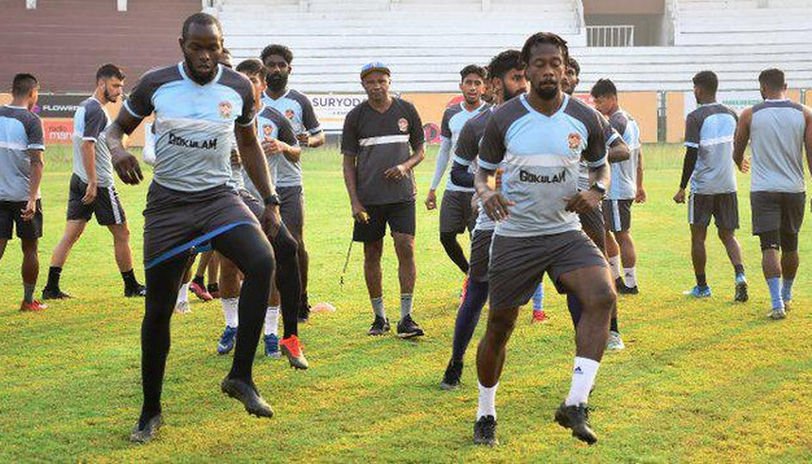 New Delhi: I-League clubs are not exactly having a day in the sun in Indian football’s current scenario. Some have accused the parent body of making false promises while inducting new outfits. They also say the national federation has often shifted goalposts to benefit a selected few.

This season, the league itself has been sent packing to the second division. Without saying it in as many words, though. In a nicely cellophane-wrapped package gift, called “roadmap”.

Yet, Praveen VC, president, Gokulam Kerala Football Club, remains defiant. He is currently chasing a dream of showcasing “good, skillful football” that would prove football is mainly about excellence.

He believes a day will come when the razzle-dazzle will take the backseat. Indian domestic football will stand on its own leg. Merit will receive preference over money.

“It is for everyone to see what’s happening in Indian football. I indeed feel sad about certain things. But that doesn’t dishearten me forever. I know people want to watch good football. They enjoy even contests. That’s what I want to bring on the table. That’s what for Gokulam Kerala FC are,” says Praveen confidently.

Secrets, suspense and intrigue in see-saw year for Indian football

Unlike many others, Praveen hasn’t lost hopes on future of the I-League. But again he is not sure what lies ahead of it.

“The problem is, there are too many contradictions, even on part of the national federation. They changed stance on number of occasions to tweak the roadmap again and again over the last few years.

“When we joined the I-League in 2017-18 season, we were told Gokulam will play the “top league” of the country. We even paid money to be there. Fair enough. But we didn’t know things would change within two years,” says Praveen.

Well, the young Gokulam owner is too gentle to mention what the situation exactly is. Though he knows it too well.

The All India Football Federation (AIFF) was simply hiding the truth. In 2010, it entered into an agreement with its marketing partners to allow it to run the top league of the country. New entrants in I-League were simply left in the dark. All of them. Gokulam no exception.

Praveen, however, feels no hostility towards the franchise league. “In our state, Kerala, they have a team. I have nothing against them.

“They wanted to play few matches in Calicut. We welcomed them. Let them prosper. At the same time, allow us to prosper too. On a level playing field,” says the soft spoken Malabar region club owner with a laugh. 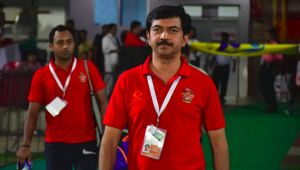 At the same time, Praveen would like some of his questions to be answered.

“Next year, two clubs would be inducted in franchise league. Are they from I-League? Or from outside? Or entirely new teams? We are often hearing about teams with tradition and legacy would get preference. That’s a rather vague description. Can anyone be a bit more elaborate?

“We were told in the Kuala Lumpur meeting that unified league will start in 2024. Superb! But will it continue to be a privately-run league? Or like all national leagues around the world, will be run by the federation,” asks Praveen.

The common belief is the two Kolkata teams will break ranks from I-League next season to join the franchise league. Praveen remains unperturbed.

“Mohun Bagan and East Bengal could be deserting the ship, but that won’t affect the I-League to a great extent. They have big fan base, but others, too, are growing. In Gokulam’s first I-League home match this season, 30,000 thronged the ground. There could be more in days to come, but we have to play good, honest football.

“In the last few years, it has been proved others too are doing well. Who all won the I-League in the last four-five years,” he asks. 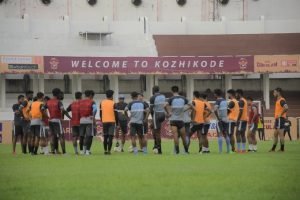 Gokulam Kerala have assembled a strong squad this season.

Praveen has the right to boast. In Durand Cup early this season Gokulam beat the two Kolkata majors in their own den to take the cup home. Again, it wasn’t a maiden achievement. Gokulam did it in I-League too, earlier. It was only a repeat show in the eastern metropolis.

In the end, Praveen is a determined person. “They have taken away the Asian Champions League spot from I-League. It has unofficially branded as second division. Our players strangely never get a look-in at the national team.

“But let me assure you, we are as good, or may be as bad, as anyone else. We proved it in Super Cup, in Durand Cup. Given an opportunity, we will prove it again,” he says.