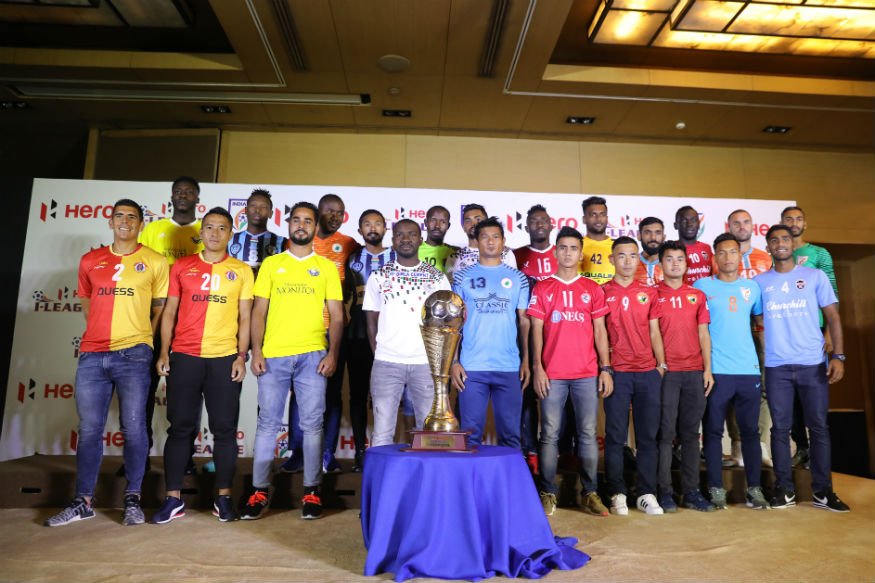 I-League clubs have often accused the AIFF of step motherly treatment towards them.

New Delhi: ‘Rebel’ I-League clubs are ready to accept an extension of the existing statusquo of two league structure for another three years but only if they retain their “rightfully earned” AFC Champions League spot.

The six clubs – Quess East Bengal, Mohun Bagan, Churchill Brothers, Aizwal FC, Minerva Punjab FC and Gokulam Kerala FC – have written a mail to the All India Football Federation (AIFF) informing their decision in as many words on Thursday.

A copy of the mail, which also has a 10-point detailed roadmap of Indian football, is in possession of Sports Lounge.

Patel met with representatives of the six clubs in the Capital on Wednesday and expressed his plan of continuing with its two league structure but await a stamp of approval from the Asian Football Confederation (AFC).

Contractual obligations compel the AIFF to nominate the Indian Super League (ISL) – conceptualised and run by FSDL, a subsidiary of IMG-Reliance and AIFF’s marketing – as the top league from the 2019-20 season.

Presently, the I-League champion plays in the ACL qualifiers while the ISL winner plays in the AFC Cup – the continent’s tier two competition.

…2/2….video of AIFF president …after hearing this we invested our life’s savings…..how is this not clear Case of FRAUD ? And conspiracy to commit fraud along with AIFF FSDL RELIANCE #IleagueBachaoFootballBachao & didn’t AIFFpresident not know about the contract signed? pic.twitter.com/4U26yrxqMR

The new arrangement was formulated keeping in mind the interests of FSDL and it could have been swiftly put into motion had the clubs agreed to accept the AFC Cup slot – given to the country’s top knock-out competition, which presently the ISL occupies.

But the clubs have refused to accept this tacit “demotion,” which Patel had termed as a “minor issue” after speaking to the clubs on Wednesday. They also demanded the I-League to be referred as the national football league of the country, which as things stand it is.

Reverting within 24 hours to the AIFF president Praful Patel’s proposal of continuing with the two league structure, the clubs said they the AFC Champions league qualifier spot – awarded to winner of the country’s national league, the I-League – should remain with them as they have earned them over the years.

“The clubs are not in favour of giving away their rightfully earned and longstanding AFC Champions league spot till a proper plan for unified league is initiated. The United I-League clubs insist that the AFC Champions league spot must remain with the I-League as it is the I-League clubs that have (over the years) earned the AFC spots for India to enjoy today,” the clubs wrote in the letter.

“The AIFF has already granted AFC Cup slot to ISL in 2017 and the same arrangement should continue till there is one unified league.”

The clubs also put forward a demand of signing a tri-partite agreement between the AIFF, I-League and FSDL regarding the interim roadmap, should there be a consensus among the three stakeholders of Indian football.

“It is recommended that a tri-partite agreement clearly outlining the way forward, be signed among AIFF, I-League clubs and FSDL for the upcoming three years to avoid recurring confrontations among the stakeholders,” the letter said.

“The I-League clubs also suggest that these crucial decisions and developments should be clearly put in front of all parties (AFC, FIFA, FSDL) in the interest of the Indian football.”

With no calendar declared for the 2019-20 season and uncertainty over AIFF’s TV partners to broadcast I-League matches, Patel had proposed a 50-50 model to the clubs for telecast of the league’s matches.

Patel said on Wednesday he would speak to Indian football’s official broadcaster to foot half of annual broadcast costs (believed to be around Rs 7 crore) of the tournament provided the clubs agree to fund the remaining half.

The clubs agreed to the “not ideal” broadcast plans for the upcoming season but demanded formation of a committee with representatives from the AIFF and I-League clubs, which would be “solely responsible for taking decisions regarding I-League, the I-League second division and youth leagues.”

The proposed I-League committee would “negotiate and finalise the production house”. The matches would have to kick off at 5pm IST and 7pm IST (2pm/3pm for non-floodlight venues) and would have to be shown live on an HD channel with improved production quality.

The AIFF didn’t put forward any immediate response after receiving the demands. The governing body will hold its executive committee meeting on July 9 it is expected to draw a plan for the impending season.

An I-League club official, who wished not to be named, said the clubs are ready to mull legal action if the AIFF refuses to entertain their “justified” demands and act according to the tunes of its marketing partners.