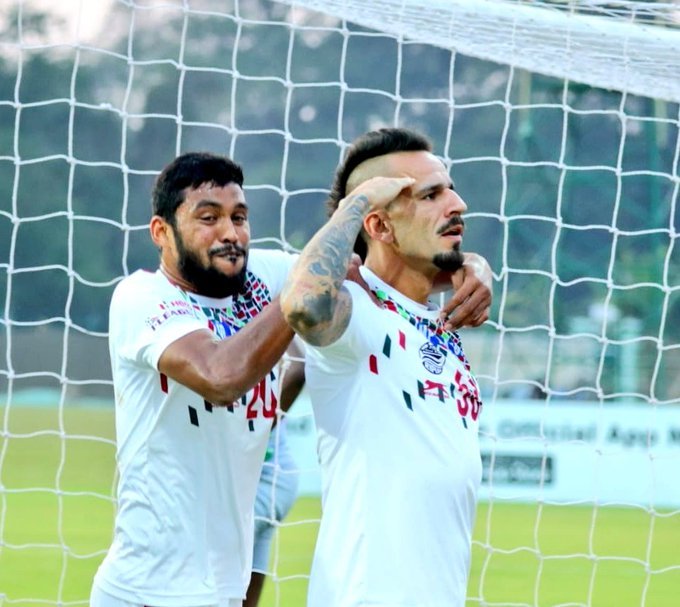 For Neroca, Phillip Adjah (41st) and Subhash Singh (45+2) scored for the visitors.

With their fourth straight win, Bagan extended their lead atop the standings with 11 points. Bagan have 29 points from 12 matches, 11 more then Punjab.

Both sides missed a penalty on either half at the Kalyani Stadium. Bagan left back Dhanachandra Singh was red carded in the 60th minute for a handball on goalline.

With the hat-trick, Gonzalez emerged as the highest scorer in the league with none goals ahead of Punjab’s Dipanda Dicka.

The first half of the game saw a total of seven goals scored (5-2) – the most in any game in I-League’s history.