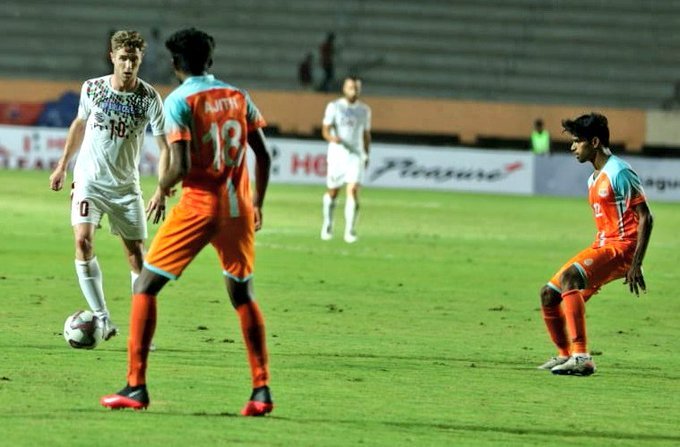 Coimbatore: Leaders Mohun Bagan fended off a spirited resurgence from defending champions Chennai City to win 3-2 in a tense I-League clash at the Nehru Stadium on Friday.

A brace from striker Papa Diawara (27th minute, 28th) and another from defender Fran Gonzalez helped Bagan to a healthy 3-0 lead just after the break.

But City fought their way back into the game with a goal each from Vijay N (65th’) and Jishnu Balakrishnan (70th).

Chennai had several chances to to steal atleast a point but Bagan somehow managed to hold on to their lead.

With the win, Bagan now have 23 points from 10 matches, having won there last three games.

Chennai are ninth with eight points from eight games, having lost two consecutive matches with East Bengal and now with Bagan.