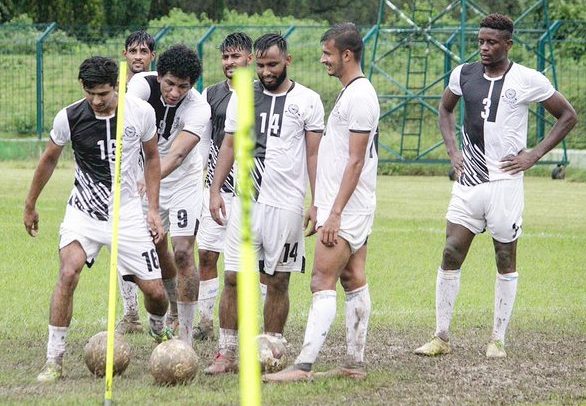 Mohammedan SC have built a formidable squad to qualify for the I-League. Photo: @MohammedanSC

The tournament, to be played at the Vivekananda Yuba Bharati Krirangan and the Kalyani Municipal Stadium within bio-secure environments, will kickstart the 2020-21 football season in the country, which was stopped in March due to the COVID-19 pandemic.

The qualifiers will be played in a round-robin format, with the five clubs facing each other once with the team finishing atthe top of the table getting entry into the 2020-21 Hero I-League.

“The Hero I-League qualifiers are an important event as it gives a number of teams the chance to qualify for this pan-India league,” AIFF Leagues CEO Sunando Dhar said.

“It is unfortunate that these teams missed out on the opportunity to gain promotion last season due to the onset of the COVID-19 pandemic,” he added.

“That is why this is a unique opportunity for them to make it to the Hero I-League this season. Wishing them all the very best in their endeavours.”

Kolkata giants Mohammedan SC have assembled a strong squad and are being considered to be the front runners in securing the top spot.

The I-League  is expected to lose some of its sheen as Mohun Bagan and East Bengal are set to play in the top tier Indian Super League (ISL) in the 2020-21 season. The ISL is expected to begin in November.