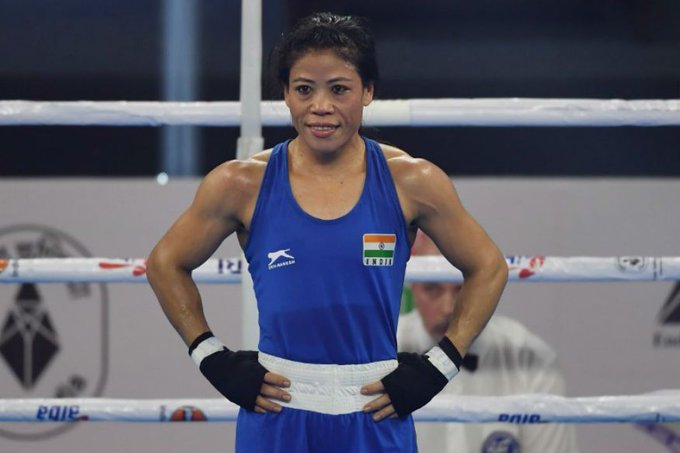 New Delhi: Mary Kom, the face of India’s boxing contingent, might have bowed out of the ongoing Tokyo Olympics but the ace boxer has no plans to retire.

In the bout, Mary Kom faced a shocking defeat — split decision — at the hands of Colombia’s Ingrit Valencia to bow out from the tournament this week. When asked about making a comeback, Mary Kom while speaking to ANI, said “Yes, yes. Why not? I still have the age. I can play till 40.

Valencia won the match 3-2. Colombia’s pugilist advanced to the quarter-finals of the showpiece event after defeating Mary Kom in the women’s flyweight (48-51kg) category. Despite clinching the two rounds Mary Kom had to face defeat in the match.

After the match, Mary Kom thought she had won since the ace boxer had clinched two rounds after going down in the first essay.

Talking about her defeat Mary Kom said,” It was manipulated (decision) and cheating. I won the 1st 2 rounds(in the Round of 16 clash) and then how can I lose the match. I want to apologise to the country.

“Before the bout, the official came to me and said you can’t wear your own jersey. In the 1st match, I wore the same jersey and nobody complained. They should tell us before and check our playing kit. That’s mental harassment. Why did they only say to us, not to any other country?” Mary Kom told ANI.

Union Minister for Law and Justice, Kiren Rijiju on Friday said Mary Kom losing her bout at the Tokyo Olympics was “unfortunate” as she had won the second and third rounds.

“There is no way we can challenge the decision that has been made at the Olympics. There are rules in place, it was unfortunate because Mary Kom won the second and third rounds, she lost by one point. I did not understand that, I have talked to IOA President Narinder Batra, we do not have the right to appeal, so I do not think anything can happen.

“I just want to tell Mary Kom that you are already a champion, you have been the champion six times and you are an Olympic medallist. Mary Kom is on different stature, she is already a superstar for us,” the former Sports Minister told reporters.