I want match-winning contributions from Virat even if it’s not three figure mark: Dravid 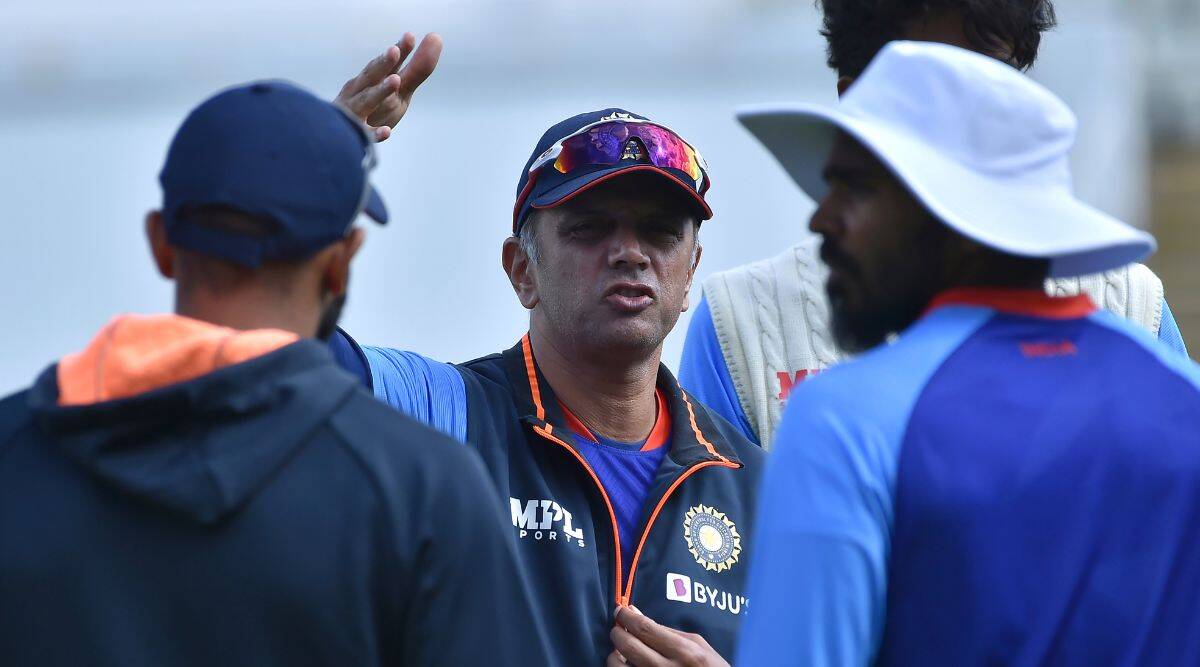 Birmingham: Virat Kohli has set an altogether different bench-mark with his 70 international hundreds but Rahul Dravid, from a coach’s perspective, wants his best batter to make “match-winning contributions” even if it is not a three-figure one like it has happened over the years.

Kohli has not scored an international hundred since November 2019 but Dravid dismissed notions that the owner of 27 Test hundreds is “lacking in motivation”.

“As players, you go through these phases and I don’t think you need the motivation to be very honest with you and I think in Virat’s case it is nothing to do with lack of motivation or desire,” Dravid said ahead of India’s rescheduled fifth Test against England starting here on Friday.

“It’s not always focussing on those three figures like even a 70-odd (79) in a difficult situation in Cape Town (vs SA) was a good innings. Didn’t convert into a three-figure, but it was a good score.

“Obviously, the standards that he has set, people only see hundreds as a success but for me, from a coaches’ perspective, we want contributions from him — match-winning contributions, whether it is a 50 or a 60,” the coach explained.

For Dravid, Kohli, who is nearing 34, isn’t on the wrong side of 30 as many would like to believe.

“In my opinion, he is on right side of 30 and he is an incredibly fit guy. He is one of the most hardworking guys that I have come across and his desire and hunger and whole attitude of looking after himself,’ he said.

“And his preparation, even the way he batted at Leicester, batting in those conditions and scoring the 50s and 60s, keen on playing against our bowlers, batting against Bumrah and all these guys. He is ticking all right boxes and doing everything he needs to do to come out of it,” Dravid said in a reassuring tone.

Since Dravid first took the team to Sri Lanka, he had Shikhar Dhawan as captain and then also had Kohli, Rohit Sharma, KL Rahul, Rishabh Pant, Hardik Pandya and now in all likelihood Jasprit Bumrah as a captain.

So six captains across three formats in a space of seven months since he took over isn’t an ideal situation.

“It is what it is. When I took this job, even I couldn’t have predicted that we will have so many captains in six or seven months but that can happen in times we are living in, COVID-19, unfortunate injuries to people, what happened to Rahul (groin injury) and now to Rohit in last 3 weeks,” Dravid said emphatically.

“Sometimes, we have had to balance out the workload and just have to react to that, its not something I wanted when I started off, not something you envisage when you start off but when they arise, you react and deal with them.

“…in spite of number of captains we have had, we have played pretty good cricket, over last six to eight months. We have got our contingency plans in place and communications are clear and within the group everyone knows what we are going to do if some situation arises,’ he said.

Dravid didn’t want to give it away but said that if situation arises, number three can be asked to open which means that Cheteshwar Pujara might be seen opening the batting with Shubman Gill.

“Any such decision is taken in consultation with the player. As a player not every situation is as expected and it can happen at times that number three will have to open,” he said.

Rohit not yet ruled out of England Test

Rohit Sharma tested COVID-19 positive following a Rapid Antigen Test (RAT) conducted on Saturday. Since then there has been speculation about him being ruled out of the match as he is under quarantine.

“The update on Rohit is that he’s being monitored by our medical team – he’s not yet been ruled out. He needs to get the negative test to be available. We’ll keep monitoring that. We’ve still got close to 36 hours to go, so he’ll have a test later tonight and one tomorrow morning as well. And then we’ll see,” Rahul Dravid said in a press conference.