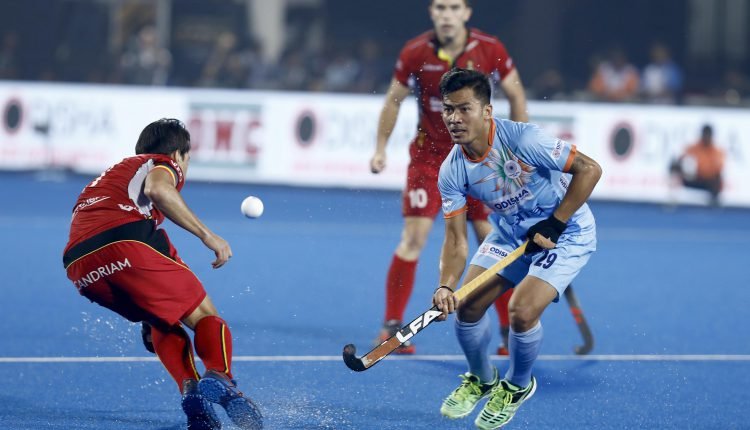 Bhubaneswar: Indian hockey team mid-fielder Chinglensana Singh Kangujam said on Wednesday he was not sure of making a comeback from an ankle injury that kept him away from the game for a year.

The player from Manipur sustained a fracture on his right ankle during the 9th senior men’s national championship where he had led his team to the title.

“It was a very difficult phase for me. I was not allowed to use my lower body much which resulted in me gaining about 5-6 kilos. I was not sure if I could come back again for the Indian team,” recalled Chinglensana who was last seen in India jersey at the FIH Men’s World Cup in December 2018.

He will again wear the India colours at the FIH Hockey Pro League after a year-long break due to the injury.

It was not until October last year that Chinglensana held the stick once again.

“I didn’t play hockey for about eight months but I never gave up hope. During this period I ensured I stayed fit, followed a systematic routine provided by our scientific advisor Robin Arkel which involved gym, cycling and I followed a strict diet.

“It was important to ensure my weight was under control and as such I had given up on rice completely,” he said.

With chief coach Graham Reid recalling him into the squad for the matches against the Netherlands, Chinglensana feels he needs to give his 100 per cent and also prove his worth again.

“I am happy to earn the India jersey again. It is important for me to make this opportunity count and give my 100 per cent in the midfield. With a good talent pool available, every player has to prove his place in the team and I am no different.

“I see this as a fresh start for me and I am looking forward to a good start against the Netherlands,” stated the Arjuna Awardee.

India will take on the Netherlands on January 18 and 19 at the Kalinga Hockey Stadium here.