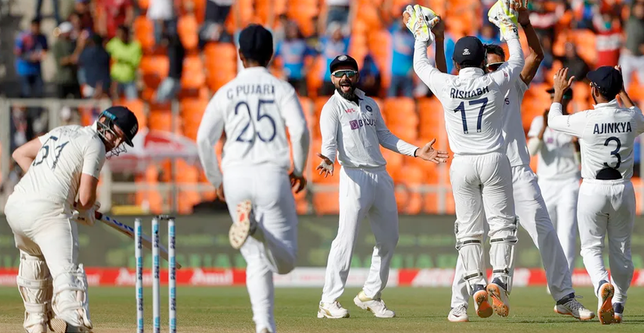 New Delhi: The first International Cricket Council (ICC) World Test Championship (WTC) final, between India and New Zealand, will be played from June 18 to 22 at Southampton’s Ageas Bowl Stadium. June 23 will be the reserve day.

A formal announcement, however, is yet to be made by the ICC. It is expected that the announcement will be made this week.

Earlier, the final was to be played at Lord’s, London, but perhaps due to Covid restrictions over there, and related issues, apparently from the organisation that manages the ground, forced the ICC to relocate the match to the beautiful Ageas Bowl Stadium.

Despite starting their WTC campaign with seven consecutive victories, India’s spot in the final was not confirmed, until their last Test series in the qualification period.

India defeated England comprehensively by an innings and 25 runs in Ahmedabad last week to leave no doubt as to who the second team in the final would be.

New Zealand had earlier qualified for the final.

The final match will be played with a Dukes brand ball.