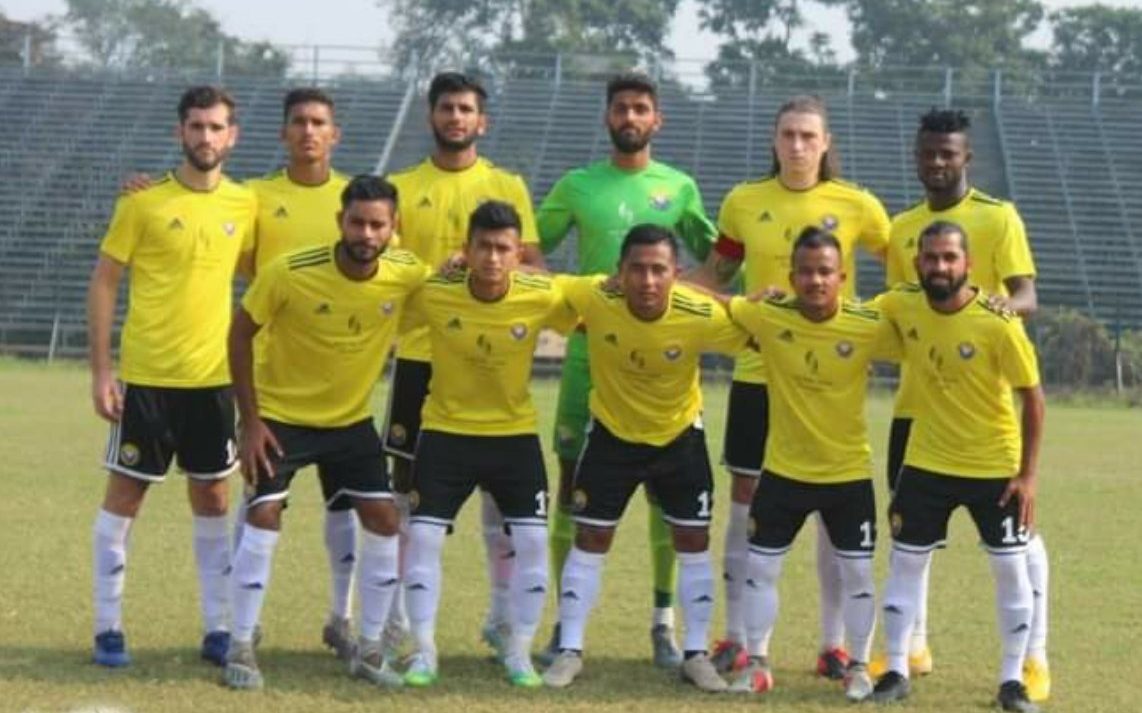 Kolkata: Nigerian forward Lukman struck a hattrick in the second half as Real Kashmir set up a summit clash with George Telegraph with a 4-0 rout of Mohammedan Sporting in the 123rd IFA Shield here on Wednesday.

George Telegraph bounced back from behind to down United SC 2-1 in the other semifinal at the Kalyani Stadium.

The final will be held at the Salt Lake Stadium on Saturday.

But in the 59th minute, the Black Panthers defence cracked under pressure with Lukman breaking the deadlock.

This opened the gates for the Snow Leopards as Lukman continued to make inroads to complete his hattrick with goals in the 66th and 87th minutes.

As if this was not enough, Mason Robertson (90+1st) sealed the issue from a counter attack to score Real Kashmir”s fourth goal.

“It is a great feeling to keep the winning streak and make the final. Hope we can win this. The team looks good at the moment,” Lukman said after their win.

At Kalyani, United SC got off the blocks early and Basudeb Mondal gave them an 18th minute lead.

George Telegraph regrouped after the break and kept pressing their attacks before Saddam Hossain finally found the equaliser in the 78th minute.

Before United SC could settle down Stanly Eze came up to score the second goal for George Telegraph four minutes later and clinch their final berth.

He was suffering from cough and fever for the past five days.