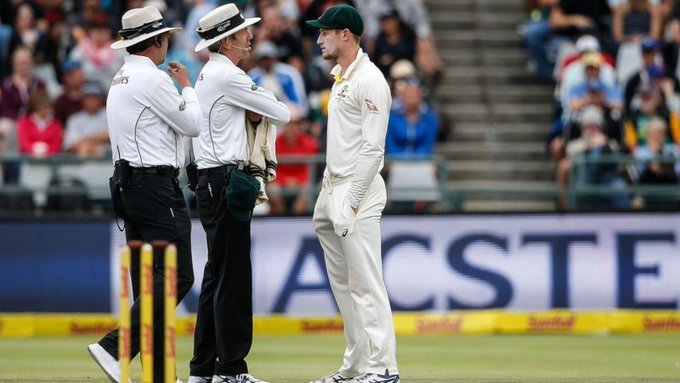 Johannesburg: Former South Africa fast bowler Fanie de Villiers said that it is “absolutely impossible” that Australia’s bowlers did not know about the ball-tampering tactics employed in the third Test against South Africa in Cape Town in 2018.

De Villiers was part of the commentary team for the match and alerted the television crew which eventually led to Cameron Bancroft being caught by the cameras using a foreign object on the ball.

Bancroft was caught on the third day of the Test, at the end of which he and captain Steve Smith admitted to tampering with the ball in a press conference. It led to Bancroft, Smith and vice-captain David Warner being slapped with lengthy bans from all forms of cricket. The incident came back in the news recently after Bancroft indicated that the bowlers may have also been in on the tactics.

Pat Cummins, Mitchell Starc, Josh Hazlewood and Nathan Lyon, who formed Australia’s bowling lineup in that Test, said in a joint statement on Tuesday that they were not aware that the ball had been tampered.

“I think from start it was obvious that they knew, and from start, the Australian system didn’t handle it properly. They should have handled it differently, and they tried to cover everything by just making two (three actually) people the culprits.

“It was a combined effort… The coach knew; everybody knows in a system, because you don’t hide these things in the team firstly, and secondly, it’s impossible for a bowler not to know because he can see the difference,” said de Villiers.