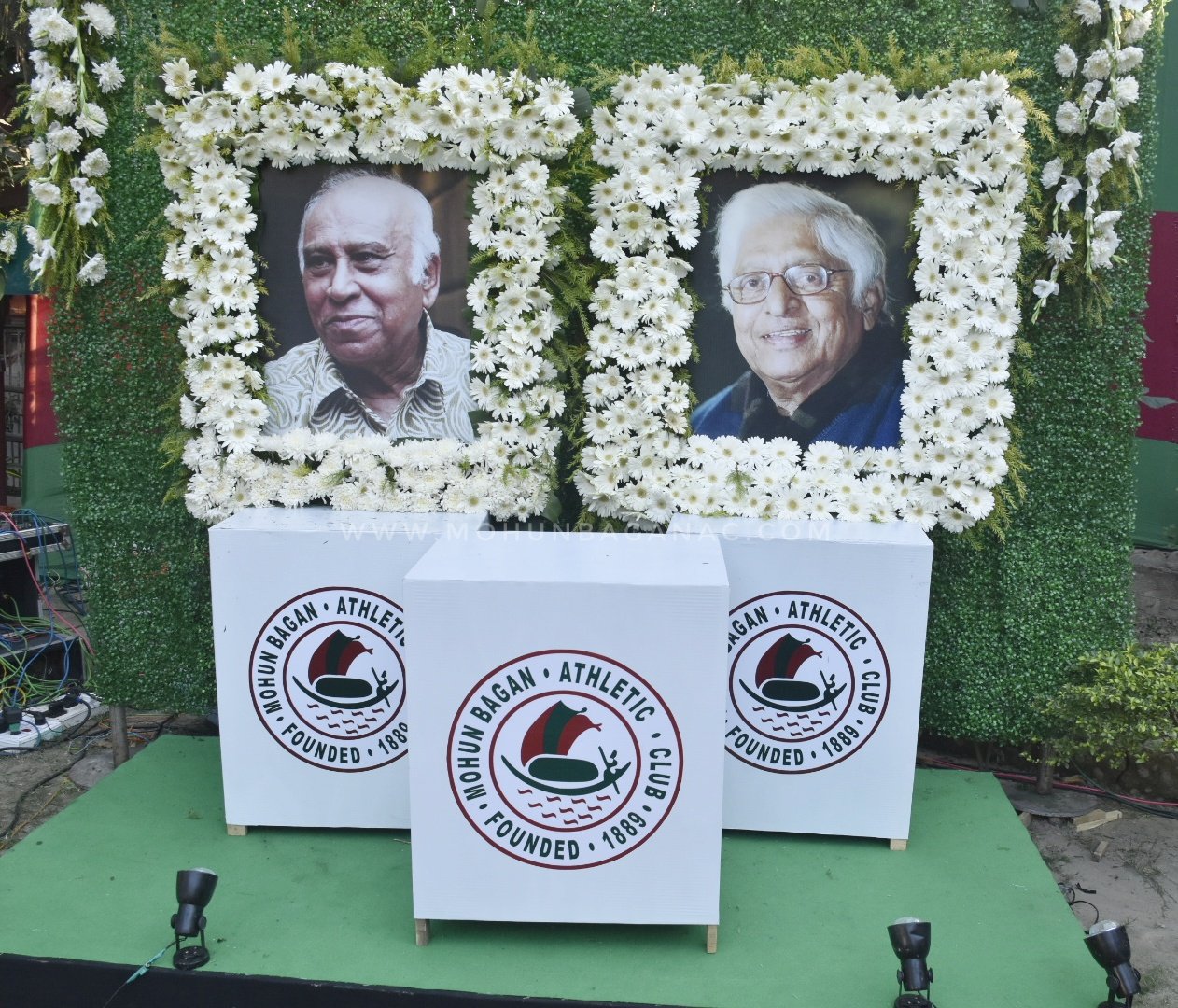 Kolkata: Mohun Bagan Athletic club commemorated the celebrated football careers of Subimal ‘Chuni’ Goswami and PK Banerjee by renaming their Maidan club entrance and a proposed gymnasium, respectively, in their honour through a nostalgia-filled ceremony on Wednesday.

Goswami, who captained the 1962 Asian Games gold-winning team, died on April 30 last year after suffering a cardiac arrest while his international team-mate and legendary footballer-coach Banerjee passed away on March 20 after prolonged illness.

Mohun Bagan also received mementoes from Banerjee (Blazer) and Goswami’s (Jersey) families that would adorn the proposed club museum’s walls during the event, which was as emotional as it was sentimental.