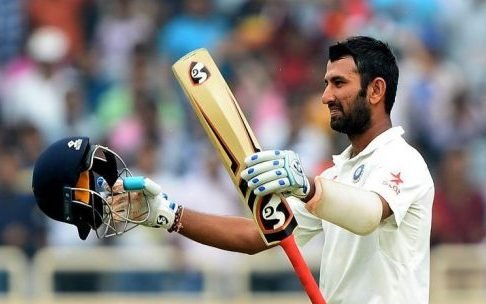 Sydney: Middle-order batsman Cheteshwar Pujara on Monday added another feather to his cap as he completed 6,000 runs in Test cricket, thus becoming the 11th Indian batsman to achieve the feat.

The 32-year-old reached the milestone on the final day of the third Test against Australia at the Sydney Cricket Ground (SCG). In the 76th over of the fourth innings, the right-handed batsman smashed a boundary against off-spinner Nathan Lyon and completed his 6,000 runs in the longest format of the game.

Pujara has so far scored 18 hundreds and 27 half centuries in the 80 Test matches he has played so far.