Ind vs Aus: Rain helds up in third session play, India 62/2 at Tea 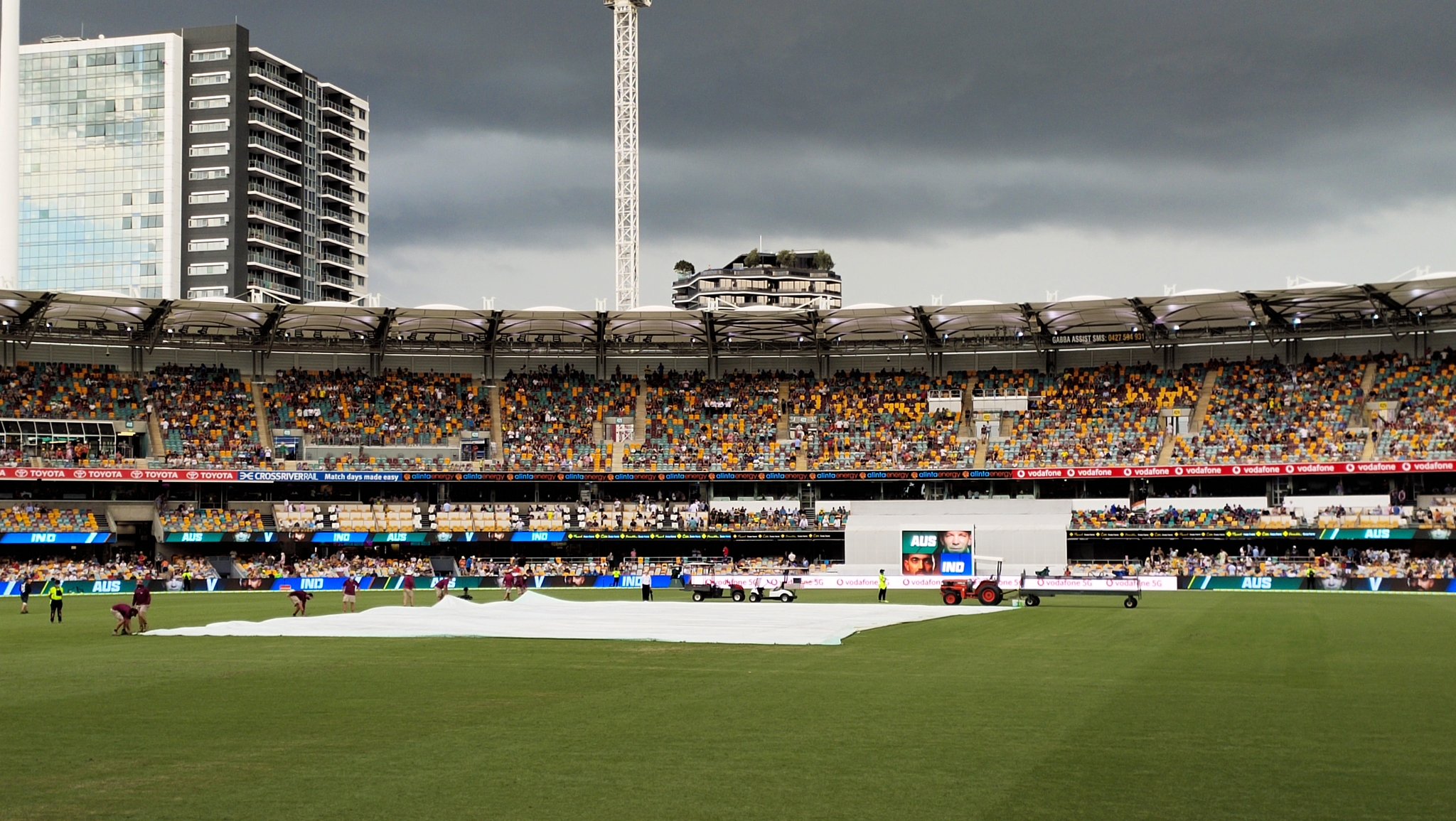 Brisbane: Rain delayed the start of play in the post-tea session on the second day of the fourth and final Test at the Gabba on Saturday.

While thundershowers were predicted, there could still be some play possible before stumps are drawn for the day.

Rain is also expected to affect the fourth and fifth day’s play of the ongoing Test.

India had lost both their openers early as they went to tea at 62 for the loss of two wickets.

Earlier, Australia were bowled out for 369 in their first innings before lunch.

The Australians, who let slip a chance to beat India in the previous Test at the Sydney Cricket Ground, must be fretting over the prospect of rain as the series is tied 1-1.

They want to win this Test to regain the Border-Gavaskar Trophy that India wrested from them in 2017 and retained it in Australia in 2018-19, both with 2-1 scorelines.

Interestingly, the fourth and final Test of the 2018-19 series was also affected by rain with Day 5 being completely washed out as India were denied a possible victory.