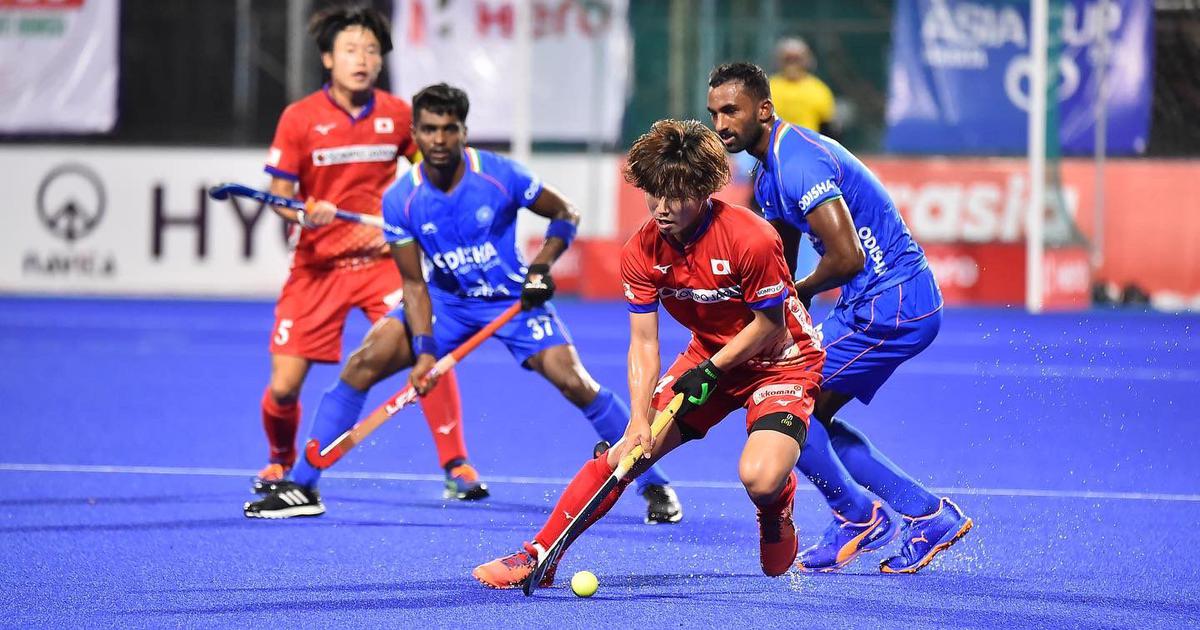 Jakarta: The young Indian men’s hockey team produced a spirited performance to beat Japan 1-0 and clinch the bronze medal in the Asia Cup on Wednesday.

After missing out of a place in the title clash on goal difference following an exciting 4-4 draw with South Korea on Tuesday, defending champions India came out with purpose and scored a field goal through Raj Kumar Pal as early as in the seventh minute of the game and then defended in numbers to seal the deal. India started brightly and pushed hard in the first five minutes of the match but their attacks fizzled once out inside the opposition D.

The Indians, however, broke the deadlock in the seventh minute from a brisk counter-attack with Uttam Singh doing all the hardwork on the right flank to set it up for Rajkumar Pal, who neatly pushed it past the Japanese goalkeeper Takashi Yoshikawa. Three minutes later, the Indians secured two back-to-back penalty corners but wasted both.

In the last five minutes of the first quarter, Japan pressed hard in search of the equaliser and mounted numerous raids but the Indian defence stood firm to hold on to their lead.

Trailing by a goal, Japan continued to attack and in the process earned two consecutive penalty corners in the 20th minute but the Indians defended in numbers to keep their lead intact.

Both Japan and India had a few more chances in the second quarters but both the teams faltered in the final third. Japan came out attacking after the change of ends and secured two more penalty corners in quick succession but they failed to break the resolute Indian defence.

In between India had a golden chance to extend their lead but Rajkumar shot over from close quarters from a SV Sunil pass.

The Japanese put relentless pressure on the Indian citadel in the final two quarters in search of the equaliser but the Birendra-Lakra side stood like a rock to deny their opponents.

Japan earned another penalty corner in the 51st minute but the Indian defence once again foiled the chance.

While Japan pressed hard in the remaining minutes the Indians put numbers at the back to successfully defend their one goal lead and secure a podium finish.

Later in the day, Malaysia and South Korea will face off in the title clash.