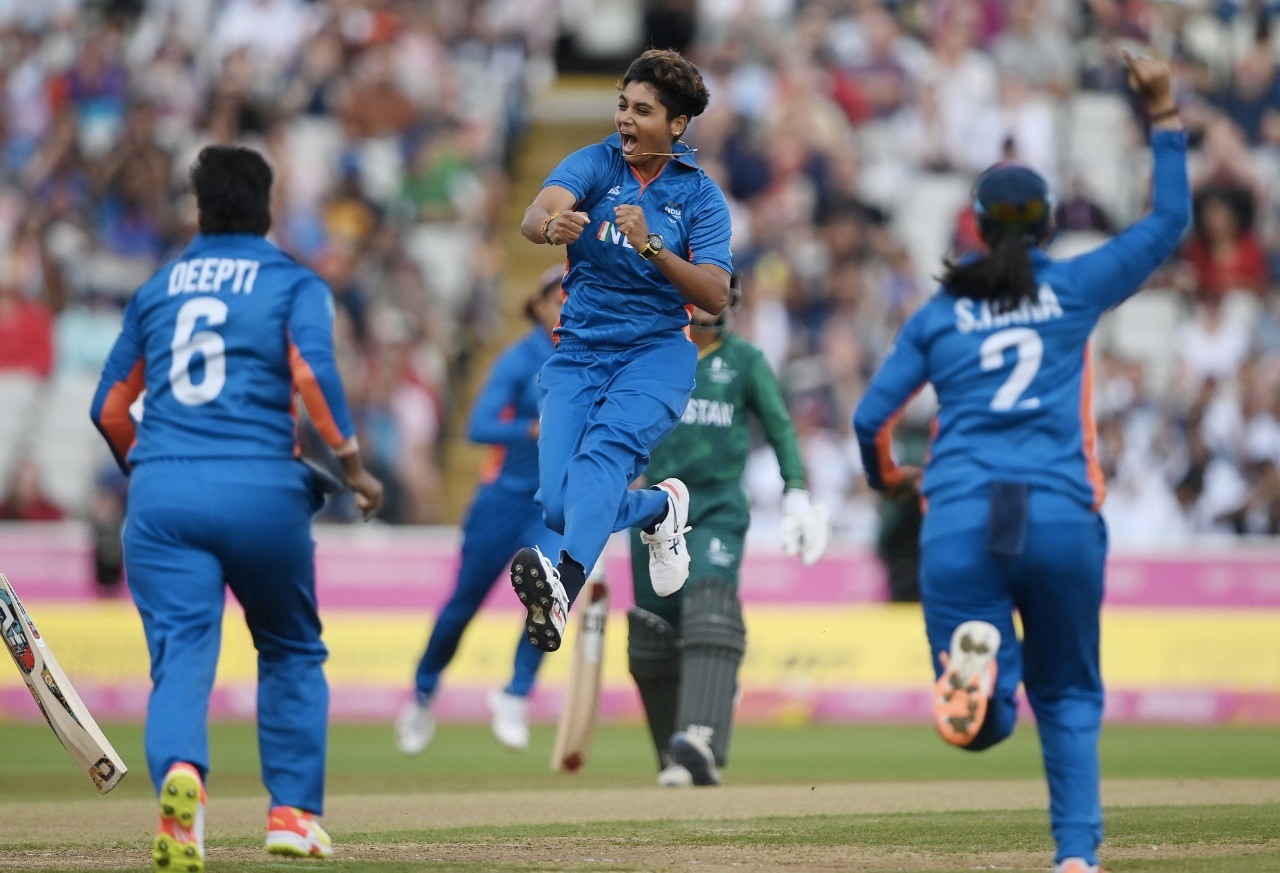 Birmingham: India produced a splendid show to notch up a dominating eight-wicket win over Pakistan in a rain-hit women’s group A match of the 22nd Commonwealth Games here on Sunday.

Pakistan made a steady start with the bat despite losing an early wicket, but things took a downward curve after Sneh Rana took two wickets in the ninth over to send back set batters Bismah Maroof(17) and Muneeba Ali(32).

Wickets continued to fall regularly, with India piling on the pressure with some excellent fielding. S Meghana pulled off a direct hit at the non-striker’s end to dismiss Aliya Riaz shortly after Omaima Sohail was also run out.

Shafali Verma would take a low, diving return catch in the penultimate over, one of the highlights of India’s outstanding fielding display in the match.

Bowled out for 99 in the rain-shortened 18-over game, Pakistan had their task cut out with Smriti Mandhana coming out all guns blazing. The left-handed opener thumped Anam Amin for a six and a four in the second over and added three more boundaries in the next over off Diana Baig.

Shafali Verma added to Pakistan’s woes with a six and a four next over. In the last over of the Powerplay, Pakistan managed to send back Verma, but India were already 61/1 and well on track to ace the run chase.

Mandhana soon brought up her fifty with a six and stood unbeaten as India completed the run chase with more than eight overs to spare.

For Pakistan, opener Muneeba Ali was the top scorer with a 30-ball 32.

Boxer Nikhat Zareen starts with bang, one hit away from medal