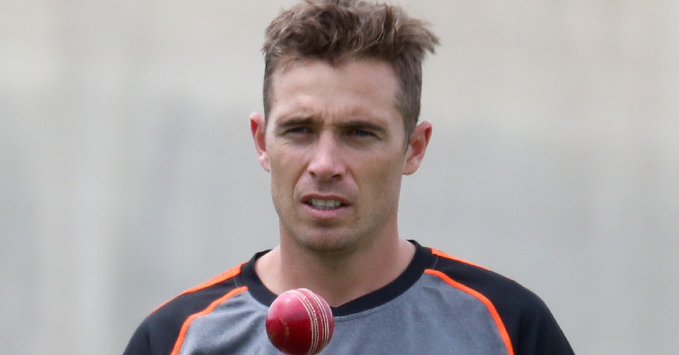 Hamilton: Senior New Zealand pacer Tim Southee feels India are becoming “better and better” away from home and a reflection of that is their performance in the ongoing T20 series.

The Black Caps put on a sub-par total in the second T20I in Auckland, despite a par-performance in the first T20I at the same venue. India chased down both totals with relative ease to take a 2-0 lead in the five-match series.

“India have played well. They’re a great side and they’re full of world-class players. The first game is the one that slightly got away on us but we were certainly outplayed in the second game.

“We know it’s always tough when you play against India and they’re becoming a better and better side away from home as well. We know we need to be on top of our game if we need to beat India,” Southee said on the ever of the third T20.

Southee also asked his team’s batsmen to raise their game.

“Change of venue should help us. We need to win this game but I think it goes back to what we need to do as a group. Focus on how we prepare today and if we play the way that we know this team can play then I’m sure the result will take care of itself.

“The guys would have learnt from the first two games. The first one got away from us. We should have defended that. We can’t sort look over our shoulders. We need to look ahead to this game and hopefully keep the series alive going forward.”

The fast bowler said the Black Caps would have to re-assess the toss situation and perhaps put India out of their comfort zone of chasing down totals. He added that the Seddon Park pitch would be true to white-ball cricket as in the past, albeit they will have to raise their bowling game as well.

“Decisions are based around what we think the surface is best to do. We thought it was best to bat first in those first two games. I don’t think we did it overly well in the second game. The first game we should have been able to defend that. Whatever you do, you just got to do it well.

“It’s usually a good surface when you turn up for white-ball cricket. Another small ground so I’m looking forward to another typical Seddon Park wicket. It comes back to the nature of the surface. If they are reactive to cutters and what not, then you use them more.

“The mentality doesn’t change just because the boundary-size is smaller. You’re trying to assess the conditions, assess the state of the match as well and try and bowl what’s best at the time,” he said.

When asked if he had any special plans for the in-form Shreyas Iyer and KL Rahul, Southee said he wasn’t targeting any particular Indian batsmen, albeit the younger ones have sprung a surprise on this tour.

“I think you have initial plans for some of the guys who haven’t seen a lot of. And he’s (Iyer) come in and played with freedom. He’s got a great start to the series. He’s obviously full of confidence.

“As I say, in this Indian side, there’s not one or two guys but the whole side who have quality, not only with the bat but with the ball as well. Those tactics might change as the series goes on as you see more of the players,” Southee added.