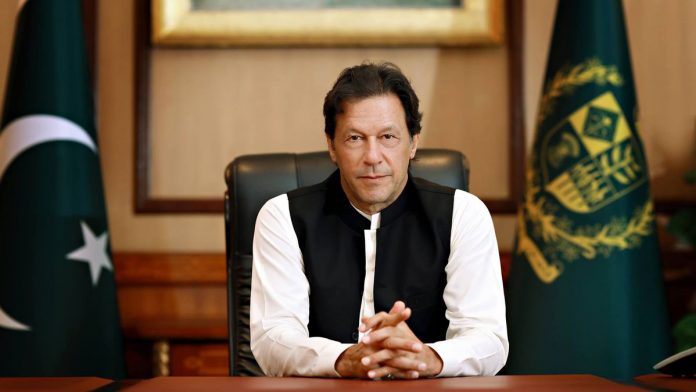 Islamabad: Pakistan Prime Minister Imran Khan has said that money has become a “big player” in cricket and that countries like New Zealand and England wouldn’t have dared to cancel their tours of India because “India controls” the sport.

The former Pakistan skipper added that “England let itself down” by deciding to cancel the men’s and women’s teams’ short tour of Pakistan recently, days after the New Zealand cricket team decided to abandon their while-ball series and fly out of Pakistan citing “security fears”.

In an interview to Middle East Eye, Imran said, “Money is a big player now. For the players, as well as for the cricket boards. The money lies in India, so basically, India controls world cricket now. I mean, they do, whatever they say goes. No one would dare do that to India because they know that the sums involved, India can sort of produce much more money.”

In the wake of the New Zealand and England cricket teams cancelling their tours of Pakistan, some Pakistan ministers and former cricketers have started dragging India’s name in their statements. They are also allegedly blaming the Indian cricket board (BCCI) for the cancellation of their tours.

In fact, a senior BCCI official had told IANS recently that Pakistan has an old habit of ‘using’ India’s name in all their ‘big or small news’ that too without any proof. “We wish Ramiz Raja (PCB chief) good luck…Pakistan cricket reaches new heights under him. We want to clear one thing that the BCCI has no role in the cancellation of England and New Zealand tours to Pakistan,” a BCCI official had told IANS.

Imran said in his interview that England think they do Pakistan a great favour by touring the country.

“England let itself down (by cancelling the series). I think that there is still this feeling in England that they do a great favour to play with countries like Pakistan. One of the reasons is that, obviously, the money,” the Pakistan PM said.

In fact PCB chief Raja too has spoken on similar lines, saying that, “The ICC is a politicised body divided between the Asian and Western blocs and 90 per cent of its revenues are generated from India. It is frightening. In a way, India’s business houses are running Pakistan cricket and if tomorrow the Indian PM decides he will not allow any funding to Pakistan, this cricket board can collapse.”

MS Dhoni won’t charge any fee for being mentor of Indian team: BCCI