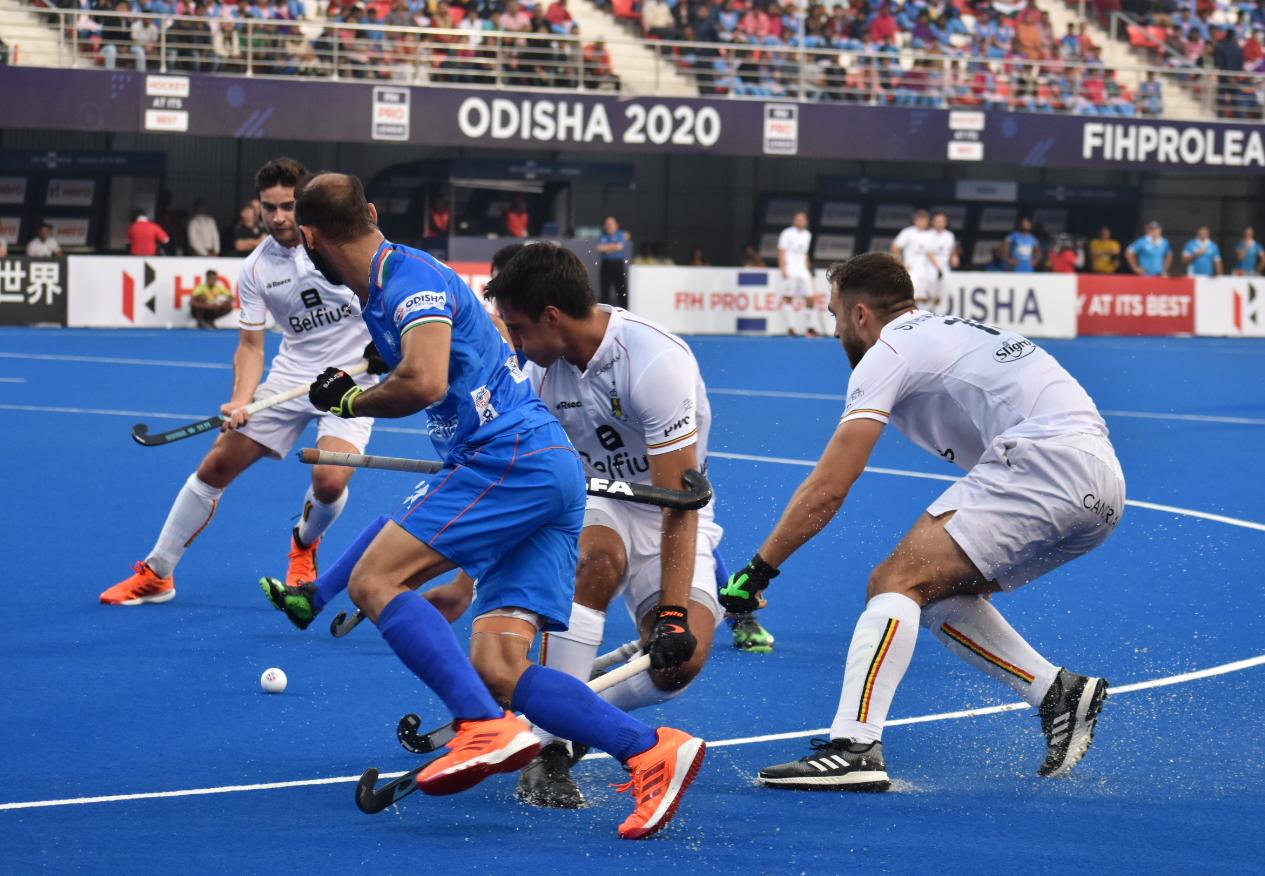 Bhubaneswar: India fought hard but a defensive lapse from Harmanpreet Singh cost them dear as they slumped to their first defeat in the second edition of the FIH Hockey Pro League, losing 2-3 to world champions Belgium.

After defeating world number three the Netherlands in their opening two matches of the FIH Pro League, India beat world number one Belgium in a thrilling match on Saturday to continue their unbeaten run, which lifted them to number four position in the world rankings.

But the Manpreet Singh-led side could not repeat Saturday’s performance and went down fighting in their second match against world number number one Belgium.

Alexander Hendrickx scored from a penalty corner in the third minute for Belgium but it was Maxime Plennevaux’s (17th, 26th) two field goals that ensured the win for the visiting side.

The win enabled Belgium to keep their top position at the standings with 14 points from six games, while India are placed second with eight points from four matches.

The Kalinga Stadium has been a happy hunting ground for Belgium as it is the same venue where they lifted their maiden World Cup title in 2018.

The Red Lions took the lead as early as in the third minute when Hendrickx scored from a penalty corner after the the initial two efforts of Sebastien Dockier and Thomas Briels were brilliantly saved by India custodian PR Sreejesh.

India drew level eight seconds before the end of the first quarter when Vivek tapped in after Surender Kumar’s fine work from the right flank.

Belgium restored their lead two minutes into the second quarter through Plennevaux, who deflected in a beautiful pass from Simon Gougnard.

But it took India just 30 seconds to level the scores when Rohidas scored off a rebound from a penalty corner.

The Indians matched Belgium in every aspect of the game but a howler from Harmanpreet cost the home side dear as Belgium again took the lead just four minutes from half-time.

Harmanpreet was guilty of a giving away a loose ball which was picked up by Nicolas de Kerpel, who passed it on to Plennevaux and he made no mistake in scoring his second goal of the day.

Down by a goal, the Indians made an aggressive start after the change of ends, securing a penalty corner soon but Rohidas’ shot was saved by Belgium goalkeeper Vincent Vanasch.

In the 44th minute India earned another penalty corner but they bungled the chance as the third quarter produced no goals.

In the final 15 minutes, the Indians pressed hard for the equaliser but the Belgium defence stood like a rock to deny the hosts any opening as the match ended in the visitor’s favour.

“I think we have learnt a lot of things over the two games. We had good opportunities but we didn’t make the most of them,” he said.

“I am really proud of the team. We are starting at a good pace from the first whistle and scoring in the first minutes. And we have good counter attacks so we need to make the most of those.”

India will next play Australia in their third round of matches here on February 21 and 22.