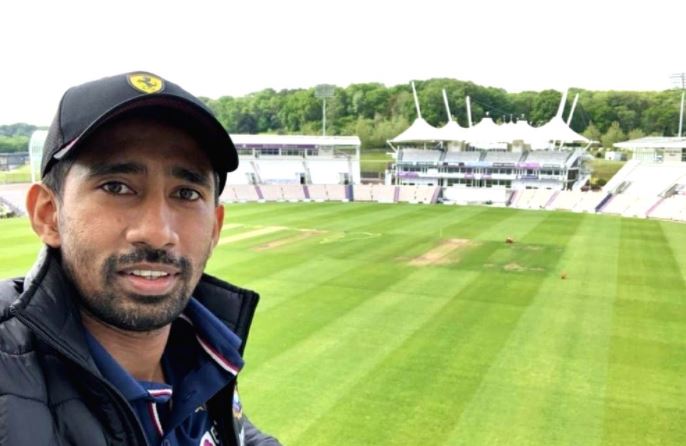 Southampton: The Indian men’s and women’s cricket teams reached Hampshire Bowl, venue of the World Test Championship (WTC) final, and checked into Hilton at The Ageas Bowl hotel where they will undergo quarantine.

India team wicketkeeper Wriddhiman Saha posted a picture from the balcony of his hotel room. The room overlooks the Ageas Bowl stadium. Some of the other rooms in the 171-room hotel overlook the golf course.

The men’s team will play the WTC final against New Zealand at the Ageas Bowl from June 18-22. New Zealand are currently playing the first of two Test matches against England at Lord’s.

The Kiwis, who will return to Southampton on June 14, were in quarantine and training at the venue before the Test series in England.

The women’s team will move to Bristol where they will play a one-off Test against England.

The International Cricket Council had on Saturday said that the Indian men’s team would be allowed a gradual increase in activity during its period of isolation in Southampton.

“Regular tests will be conducted during the period of isolation. Players’ activity will be allowed in a gradually increasing manner after each round of negative testing, moving from exercise in isolation to small group and then larger squad activity, whilst always remaining within the bio-secure venue,” the statement added.

The players were tested on arrival at the hotel.

While it is not confirmed after how many days they would be allowed to train, it is understood that their training will begin after the third day, the same protocol provide to New Zealand last month.

I want to play many Test matches in my life: Harmanpreet Kaur