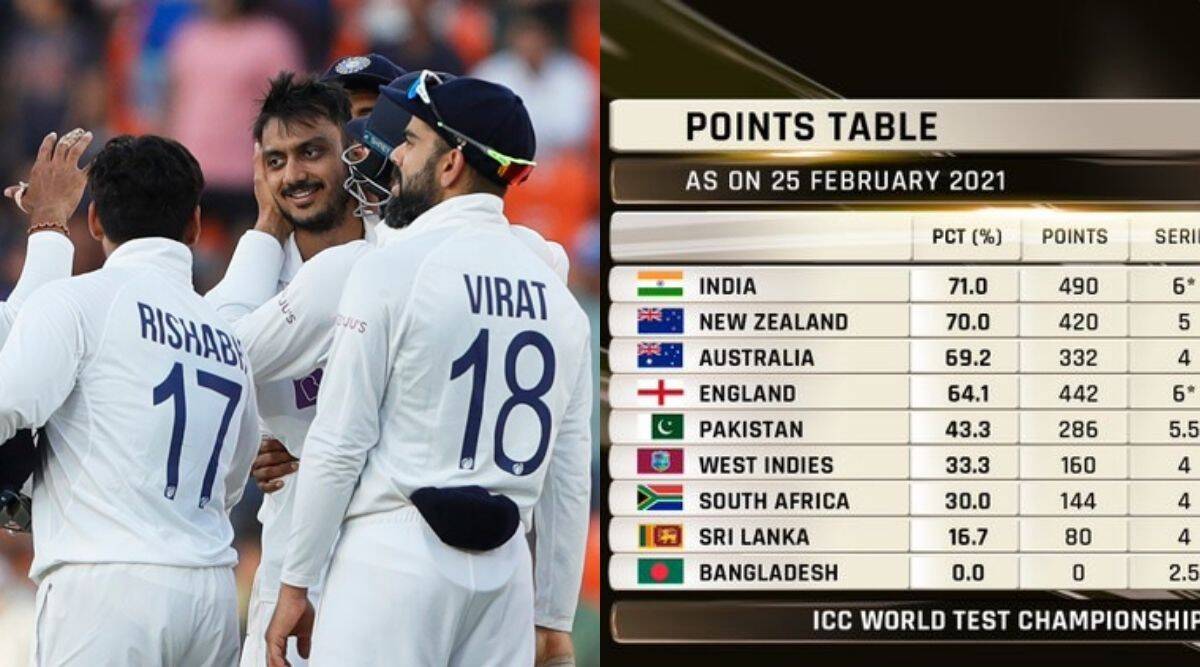 Ahmedabad: Team India’s win over England in the first two days of the third Test at Narendra Modi Stadium in Motera, here on Thursday has taken the hosts to the top of the World Test Championship points table. India handed England a 10-wicket defeat in the pink ball Test.

India, who were at the second position after a resounding 317-run win over England at Chennai with 69.7 percentage of points (PCT) and 460 aggregate points and were behind New Zealand, now toppled the Kiwis with 71 PCT.

India need to either win or draw the last Test to stay ahead of Australia, who are in third place with 69.2 percentage points.