India have Root to worry, England have too many on their plate 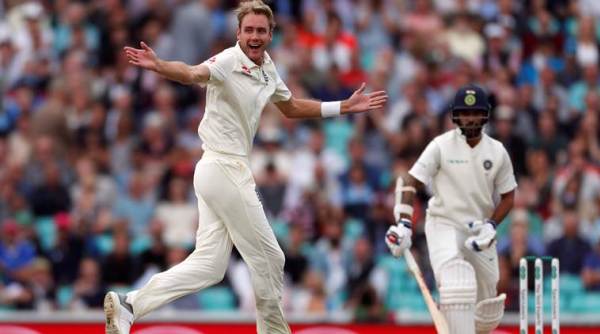 Chennai : While India will be looking to focus on England skipper Joe Root, who may be the only one to provide stiff challenge to the host’s bowling attack, England admit they can’t afford to focus only on one batsman, like skipper Virat Kohli, and would have to concentrate on all India batsmen as they know the conditions well.

Kohli’s past two series against England have been highly productive. The India captain returned as the highest rungetter in both series, scoring 593 at an average of 59.3 in 2018 in England, and making 655 at an average of 109.16 in the 2016 series in India.

But England batting coach Graham Thorpe said that they won’t be focussing on just one good batsman like Kohli as India possess several good batsmen who know their home conditions well. Instead, the English bowlers will look to bowl their best ball as often as they can, he said.

“We know that he is a fantastic player. He has shown that for many years now. Virat’s obviously just one of the [many in] batting order who understands home conditions very well. I think the key for our bowling attack would be to bowl our best ball as often as we can. I don’t think we can ask for anything more from our spinners and seamers. To be able to have runs on the board and put pressure on players. If we remain in the game, that will be key,” said Thorpe.

The former England batsman said that Root has been leading by example. Thorpe, who has seen Root from his early days when the present England captain was playing for England Lions, praised his work ethic.

“He has shown in the series against Sri Lanka that he wants to be a good example and the players who were with him have a very good example to watch. His work ethic is fantastic. He has also kept his love for the game,” said Thorpe, who scored 6,744 runs in 100 Test matches.

The first Test in Chennai will be Root’s 100th, a milestone that Thorpe himself has attained.

On Thursday, opening batsman Rory Burns had said that watching Root play in Sri Lanka has been a lesson.

“He leads from the front; you have just seen from this Test series. Some of the highlights or sessions I saw, it was pretty incredible to see him go about his business — leader by example; easy bloke to follow,” said Burns who had missed the tour of Sri Lanka but will open the batting in India.

“He leads from the front; you have just seen from this Test series. Some of the highlights or sessions I saw, it was pretty incredible to see him go about his business — leader by example; easy bloke to follow,” said Burns who had missed the tour of Sri Lanka but will open the batting in India.

Stick with Paine but give him help, says Clarke