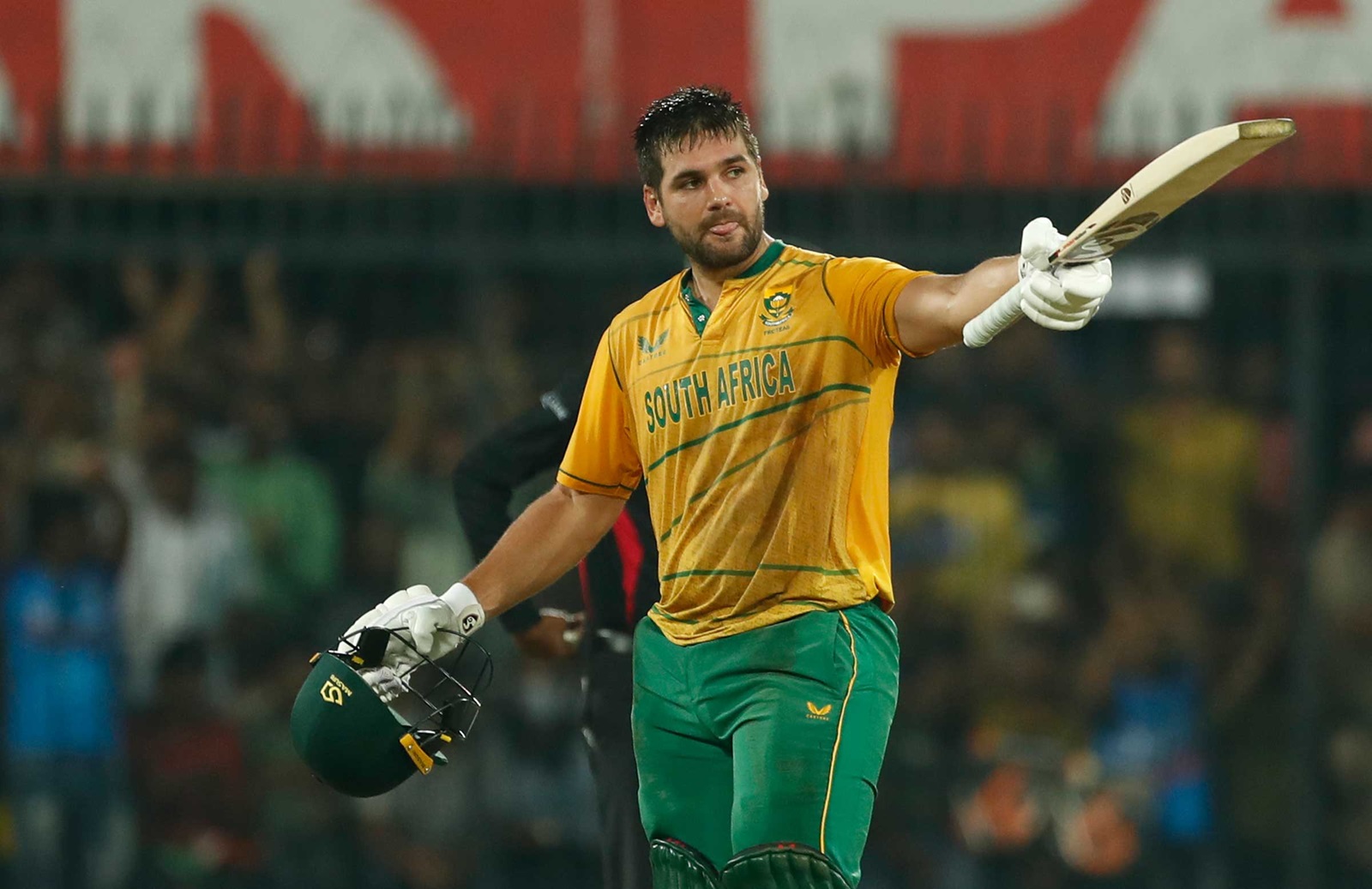 Rossouw, drafted by the Sydney Thunder for this summer’s KFC BBL, scored 100 not out off 48 balls as the Proteas piled up 3-227 before India folded for 178 in response on Tuesday.

The hosts, though, still took the three-match series 2-1 at Indore.

De Kock and Rossouw put on 90 off 48 balls for the second wicket.

After de Kock was run out, Rossouw added 87 with Tristan Stubbs (23) off 43 deliveries and David Miller smacked an unbeaten 19 off five balls, including three sixes, as South Africa finished with their highest T20 score in India.

“Tonight was my night,” Rossouw said. “We believe in our abilities. I am glad with myself and de Kock scoring the runs.”

India’s chase didn’t take off at all. Rohit Sharma was out bowled for nought while Rishabh Pant, as makeshift opener, scored 27 off 14 balls.

Dinesh Karthik provided a spark with 46 off 21 balls, including four fours and four sixes, but India were reduced to 5-86 in eight overs as Dwaine Pretorius ended up taking 3-26.

“We played against two quality sides and we overcame tough challenges,” Rohit said.

“Our bowling is a concern and we need to find a replacement for Jasprit Bumrah.

“It is a work in progress and we need to keep finding answers for the World Cup.”

South Africa will stay on for a three-match ODI series, starting Thursday in Lucknow.

India’s primary squad will fly out to Australia on Wednesday for the T20 World Cup, with a practice match scheduled against Australia in Brisbane, while a second-string side will feature in the ODI series.