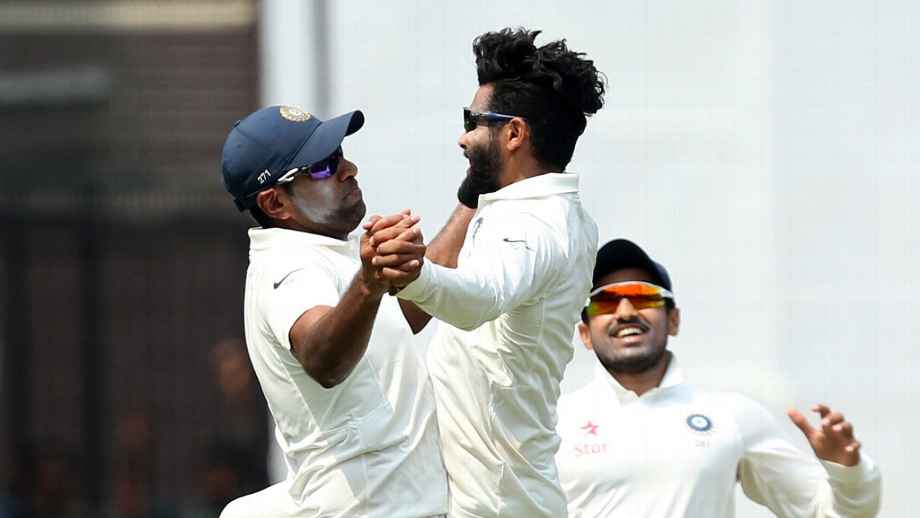 Sydney: Ravindra Jadeja’s ability to bowl dot balls that can put pressure on the opposition will be missed, said India No. 3 batsman Cheteshwar Pujara after the left-arm spinner could not take field in Australia’s second innings due to injury to his left thumb.

Jadeja took a blow to his left thumb off a Mitchell Starc delivery. The all-rounder had picked four wickets in Australia’s first innings and effected a run-out from the deep to send back centurion Steve Smith. He followed it up with a fighting 28 not out in India’s first innings.

“It is never easy when you lose a bowler especially someone like Ravindra Jadeja who got four wickets in the first innings and who can keep bowling from one end and can land the ball at one spot all the time. He is someone who puts lot of pressure on the batters as he bowls a lot of dot balls. He is very valuable on the field, not just as a bowler but as fielder also. Losing him is a blow,” said Pujara.

The India batsman, who scored 50 off 176 deliveries on Saturday, said that the Indian bowling without Jadeja is a bit weak especially with the presence of youngsters. India are already missing Mohammed Shami, Umesh Yadav and Ishant Sharma.

While Ishant didn’t travel to Australia as he was not match-fit, Shami and Umesh got injured during the first two Tests.

“If you look at our bowling line-up, we have some guys who are playing their first and second Test. They are learning, they are getting better at bowling. Our fast bowling line-up, they are slightly inexperienced. It is a good opportunity for them to learn and get better at what they are doing,” said Pujara

“The management and (captain) Ajinkya (Rahane) have spoken to the bowlers. You can’t put a lot of pressure on them. It is Saini’s first game and Siraj’s second. Yes, they are bound to make mistakes at times. You just have to allow them little more time to settle in and especially if you are bowling in Sydney… it is not easy. So I wouldn’t put too much pressure on them… They have to learn a few more things and I am very confident that they will learn,” added Pujara.

He, however, said that the Indian bowling needs to show discipline especially in Jadeja’s absence.

“To be honest, it (Jadeja’s absence) does affect at some point because we are left with only four bowlers and that puts little extra pressure… we need to show a little discipline in our bowling… but overall we are doing the best we can,” he said. “The first session will be crucial for us, we will definitely put up a better show tomorrow morning”.

The 32-year-old right handed batsman said that the Aussies were very difficult to score off as they maintained a good line and length.

“I thought they bowled good line and lengths, they had a fair idea of this pitch. So I think you should give credit to the way they bowled because I felt they didn’t give too many loose balls,” he said.

Will use T10 to improve myself as a bowler, says Dwayne Bravo