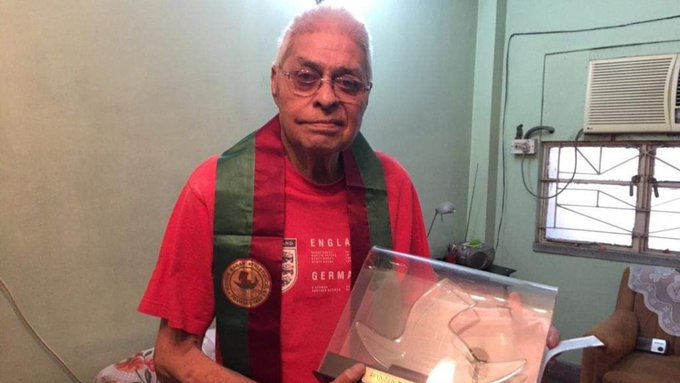 The 75 year old suffered a cardiac arrest and passed away in Kolkata.

The winger was an integral part of the Indian football team’s sixth-place finish at the Merdeka Cup held in Kuala Lumpur in 1975.

Mohun Bagan family deeply mourns the sad demise of Pranab Ganguly. Earlier in 2020, former National team winger has been awarded Lifetime Achievement Award for his valuable contributions towards the club.
Our deepest sympathy and prayers are with the bereaved family🙏 pic.twitter.com/94ugg72So4

He began his career at the Kolkata-based club Howrah Union and in 1967 moved to Mohun Bagan where he played for seven consecutive seasons.

He is best remembered for his brace in the 1969 IFA Shield final which helped Mohun bgan defeat East Bengal 3-1.

Bagan felicitated Ganguly with a Lifetime Achievement Award in 2020.