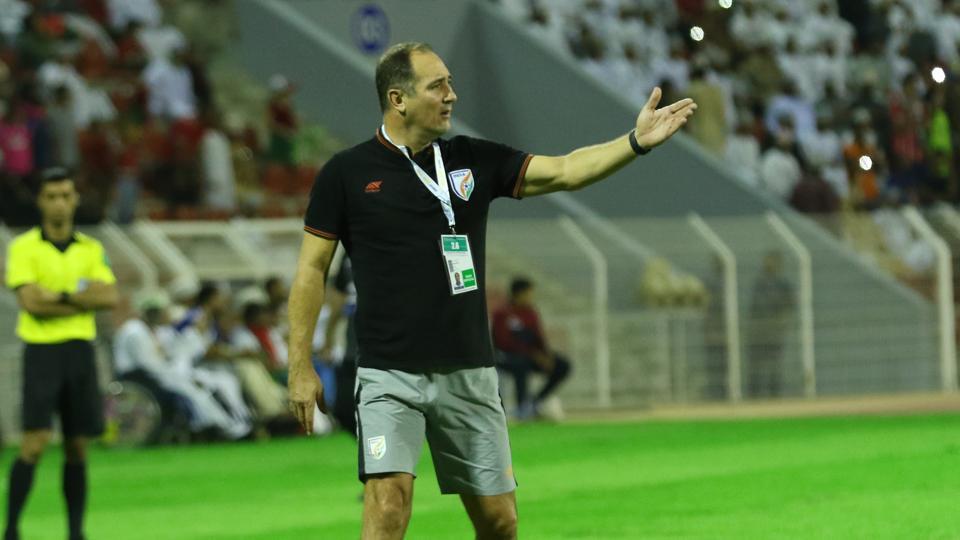 New Delhi: Beleaguered coach Igor Stimac has dropped enough hints about his inclination to include Overseas Citizens of India (OCI) in the national football team that stands shaken after one of its biggest defeats in years.

An inexperienced India were humiliated 0-6 by UAE in an international friendly in Dubai recently.

“Sometimes I get the impression that we have too much opinion of ourselves when it comes to opponents like Afghanistan or Bangladesh,” Stimac was quoted as saying the AIFF.

A member of the Croatian team that made the semifinals of the 1998 FIFA World Cup, he added, “Let me remind you that Afghanistan has allowed overseas citizen players to play for the national team. They now have 13 players coming from European leagues.

“They are competing in Germany, Poland, Finland, the Netherlands and Sweden. They also have two players playing in Australian clubs, and one player in the USA top division. Bangladesh has introduced a 3+1 policy, and their league is extremely competitive too.”

The Blue Tigers have won just one match, against Thailand, since May 2019 even though they did manage to push fancied opponents such as Qatar and Oman.

The inclusion of OCI and PIO (Players of Indian Origin) has been a topic of debate in Indian football ever since Stephen Constantine spoke about the need for India to go down that route.

Stimac says he doesn’t like the word experiment, a term that has been often associated with him. He has handed out debuts to 10 players in their friendly against Oman, which took place four days before the UAE game.

“Experimenting is when you play players in positions they have never played or when you switch to a game system that you did not practice in training. Personally, I don’t like the word experimentation and it doesn’t fit with what we do.

“We didn’t bring a single player to Dubai who didn’t deserve it with his performances in the Hero Indian Super League. However, due to illness, injury or poor form we could not count on Rahul Bheke, Seriton Fernandes, Ashish Rai, Brandon Fernandes, Abdul Sahal, Udanta Singh and Sunil Chhetri.

“We gave everyone a chance to play in their natural positions — in the same game system but against far stronger opponents than those they have in the Hero ISL. This was our only chance to see the new boys and work with them before the decisive qualifiers,” he said.

The former player added, “We came to Dubai with just one goal, to get an answer to the question of how much the new guys can provide against two tough opponents and whether we will get a few new names for the remaining qualifying matches due in June.”

To improve, he said the team will have to take the “difficult” and “painful” route instead of playing against easy opponents. He also believes that the side has got better results under him than his predecessor.

“In the previous 2018 WCQ India finished last in the group with seven defeats, one victory, with a total of three points and GD of -13 (minus 13). The Blue Tigers had suffered five losses in the first five games.

“Now, after five games played, with many new players in the team, we have three points and a very solid goal difference, and are on course to qualify for the AFC Asian Cup China 2023,” Stimac said.

“Not to forget that we held Qatar in Qatar, and that set of players are to play the World Cup next year. The Oman match was close (in the qualifiers), a match which we should have killed. But inexperience cost us.

“And among the two recently played matches, my young set of boys fought gallantly to hold Oman 1-1.

“If you want to compare the recent friendly matches, then you need to take a closer look at teams India has played against before, and with whom since I have been in charge. One heavy defeat will certainly not make us give up and return to the pleasure of defeating opponents who do not pose any obstacle in Asian football.”