India should go back to slow, low turners to counter Australia in ODI series 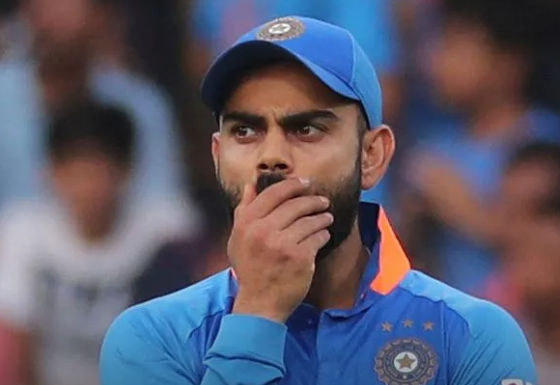 Mumbai: India were totally outclassed in all departments in the 1st ODI against Australia. This despite trying a new combination in Virat Kohli batting at No. 4 and KL Rahul taking the skipper’s place at No. 3.

If the team management is willing to play Rahul, then they should also consider him playing as a wicketkeeper. If Rahul Dravid could keep wickets, then so can KL Rahul, to accommodate one mix extra batsman.

The Wankhede Stadium is one of the smallest international cricket grounds, with the boundaries around 65 metres long. It makes the life of pacers that much difficult.

Australia have got a very balanced side, a strong batting line-up complemented by a formidable pace attack.

They bowled straight and accurately to stifle the Indian strokemakers. When pressure mounted, Indians were forced to take risks.

This is where they faltered. India played Risabh Pant as the wicketkeeper, thinking that he could also double up as a batsman.

But in the form that he is, and after the chances he has got, he can’t be relied upon when the team is under pressure.

The team management is hell bent on trying him, despite knowing well that he doesn’t have much confidence in his batting.

Considering the ground was so small, India’s playing combination was wrong. It could work on Rajkot or Bengaluru, where the grounds are bigger.

Defending 255, India’s pace attack was surprisingly wayward. Returning after a long injury layoff, Jasprit Bumrah was rusty, didn’t have control over his deliveries.

Mohammed Shami was also off-colour, giving a lot of width to David Warner and Aaron Finch, helping the Aussies get a flying start in the powerplays.

David Warner and Aaron Finch could still be Australia's opening combination for the 2023 World Cup in India … but there's a few things they need to tick off at home first! @alintaenergy | #INDvAUS pic.twitter.com/3i93tlScDB

Kuldeep Yadav was introduced into the attack after the powerplays. He could have been brought much earlier, particularly when the pacers failed to get into a rhythm.

Had Yadav bowled inside the powerplays, the belligerent Aussies would have gone after him, handing India a chance to break their partnership.

Considering Australia’s overall strength, if India produces batting tracks like the one in Wankhede, they will only play into the visitors’ hands.

Unless we prepare slow turners and play three spinners, India doesn’t have much of chance of winning this series.

Saini could be India’s trumpcard in New Zealand

Expectedly, there wasn’t much of a surprise in India’s T20I team for New Zealand. Only Sanju Samson’s omission raised a few eyebrows.

Returning to the Indian team after a four-year-gap, wicket-keeper batsman Samson failed in the third T20I against Sri Lanka and was promptly dropped.

He could feel a bit hard done by, but such is the competition for places in the team that even failure in one match could be decisive.

Samson only got into the team because of Rohit Sharma’s absence. Now that Rohit is back in the team Samson goes out.

But the selectors don’t have much of a choice. You can’t blame them.

India’s team for the New Zealand tour will have the tried and tested fast bowlers, led by Jasprit Bumrah and Mohammed Shami. But it is the young Navdeep Saini who could be the surprise package on this tour.

He is very quick, regularly clocks over 150 kph, and is a wily customer. Saini is similar to England’s Jofra Archer, aided by fast twitch muscles. They all are quick, accurate and at the batsmen’s ribs all the time. 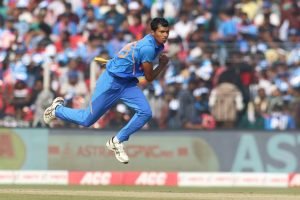 Navdeep Saini has got lethal pace.

Saini also has an effective yorker and also steep short balls. In short, he is a complete pace bowling package.

In New Zealand conditions, the balls moves and seams around where spinners Ravi Ashwin and Ravindra Jadeja are expected to play a secondary role in Tests.

Selectors are focused on experimenting with the T20I squad, primarily to give all called-up players a fair chance before finalising India’s squad for the T20 World Cup.

Almost all players in reckoning will get 14 matches in the Indian Premier League (IPL) and a handful of T20Is. That’s a fair degree of matches to assess the ability of players.

Every aspect players, in terms of temperament, fitness and productivity could be assessed during these games.

Be it Tests, ODIs or T20Is, the core of the team is intact. The fight for places is restricted to only a couple of positions.

The team management, mentored by Ravi Shastri, has moulded the team into a robust unit. Whatever the surface or conditions, Team India is a formidable force.

The Kiwis, at their own backyard, can prove to be a handy opposition. The have a useful pace attack, led by Trent Boult and Neil Wagner.

In NZ pitches, where grass would be on offer on pitches, the battle of quicks of the two teams would be noteworthy.

Virat Kohli ready to rethink batting at No. 4 plan after Mumbai loss