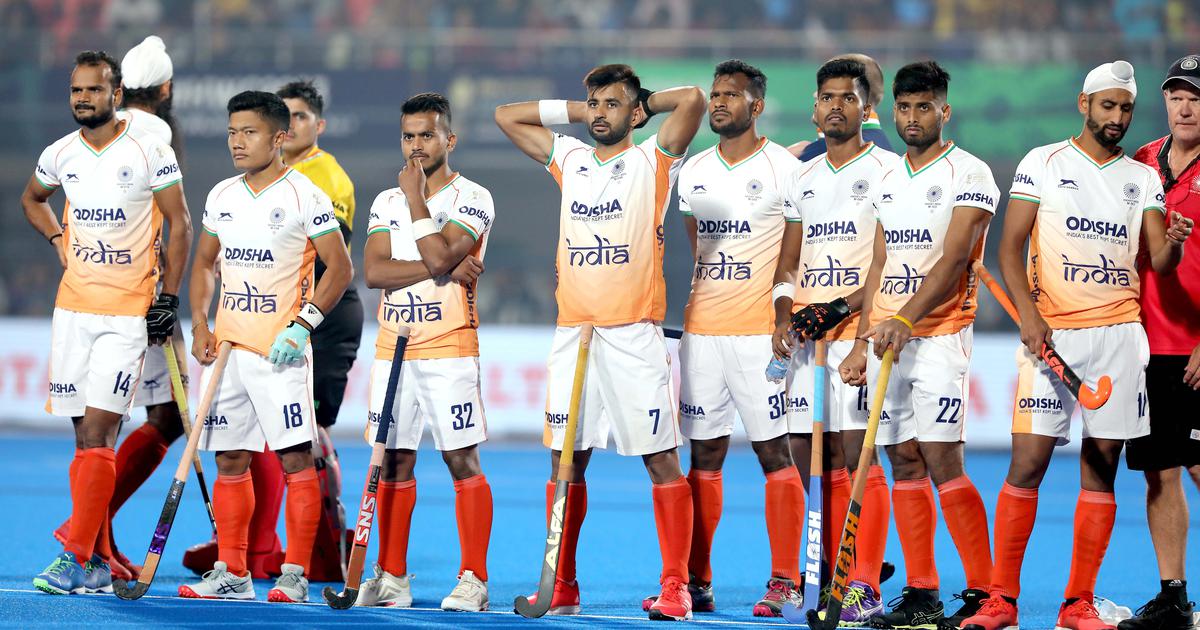 Bhubaneswar: Hosts India made a shock exit from the FIH Men’s World Cup after losing to New Zealand in sudden death in their must-win crossover match in front of a relentlessly cheering 15000 home crowd here on Sunday.

In the penalty shootout, the scores were also tied after the first five set of strikes, and the match was finally decided via sudden death.

Captain Harmanpreet Singh had the golden chance to take India to victory in sudden death but he failed to do that as he missed the target.

Veteran goalkeeper PR Sreejesh made two saves in the shootout to rescue India after they were 2-3 down. He saved another one during the sudden death and got himself injured and Krishan Pathak replaced him in the next three rounds of strikes. Finally, Shamsher Singh missed and Sam Lane scored to hand New Zealand the win. New Zealand will now face defending champions Belgium, who topped Pool B, in the quarterfinals here on Tuesday. In the regulation time, India earned as many as 11 penalty corners and converted two of them while New Zealand got just two PCs. Yet again, it was a case of ample goal-scoring opportunities for India but the forwarrds lacked finishing skills. India were on the offensive as soon as the match began with Mandeep Singh, who started despite taking a hit on his knee during training on Saturday, making a fine run into the New Zealand circle.

But India doubled the lead soon with Sukhjeet Singh scoring in the 24th minute, following India’s fourth penalty corner. Harmanpreet’s drag-flick was palmed away by the New Zealand goalkeeper but it went up high and Sukhjeet was at the right place at the right time to volley it in.

New Zealand pulled one back a minute before half time as Sam Lane deflected a Child’s low cross from the left into the Indian goal. India were 2-1 up at the half time.

Three minutes later, New Zealand again cut the deficit to just one goal with Kane Russell converting a penalty corner. In the last quarter, New Zealand made a spirited fightback and restored parity in the 50th minute following their second penalty corner of the match as Sean Findlay deflected in a Hayden Phillips strike. Goalkeeper Krishan Pathak saved India from disaster as he palmed away a high shot from Sam Hiha in the 51st minute.

In the earlier crossover match of the day, Spain beat Malaysia 4-3 in penalty shootout to qualify for the quarterfinals after the two sides were locked 2-2 in the regulation time.

Spain will face title contenders and Pool A toppers Australia in the last eight stage on Tuesday.