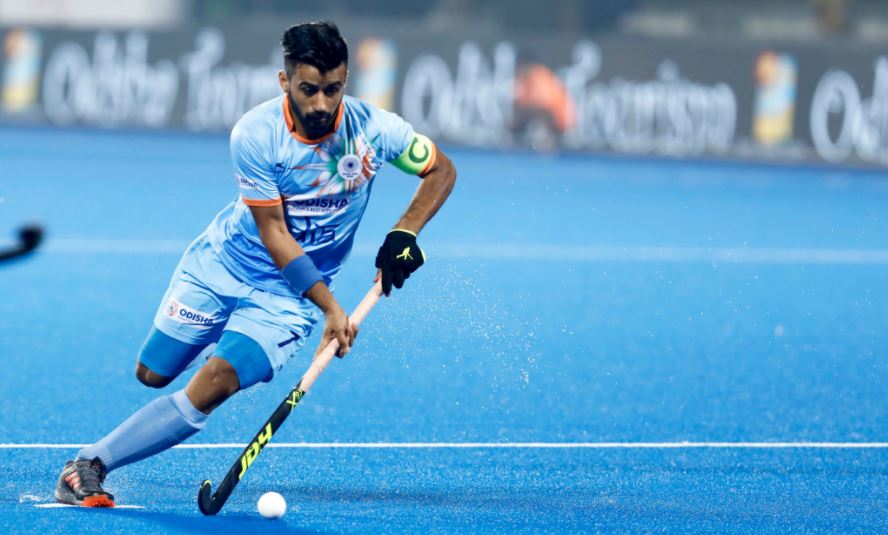 New Delhi: India men’s hockey captain Manpreet Singh said that the team is looking to stay unbeaten in their upcoming tour of Argentina.

India had managed to stay unbeaten in their tour of Europe, where they faced Great Britain and Germany, and are now set to face Argentina in the FIH Pro League.

It is a return to the Indian team in over a year for Manpreet, who had opted out of the European tour due to personal reasons.

“I am very excited to return to the team and I am looking forward to the matches against the Olympic champions Argentina. Not playing competitive hockey for over a year has been a big setback but this is something every team in the world is facing due to the pandemic.

“Though I missed out the Europe tour due to personal reasons, I was closely following the matches and it was very encouraging to see how the team performed against Germany and Great Britain. We are looking forward to yet another unbeaten tour,” said Manpreet.

Manpreet, 28, also believes this tour will be a great opportunity for the younger players in the squad to prove themselves in the lead up to the Olympic Games.

“Quite a few youngsters have been selected in the squad for this tour and I believe this will be a great opportunity for them to show their mettle against a top-quality team. Every opportunity we are getting in these challenging times is like a blessing and we need to make the most of it,” he said.

Manpreet was one of the players who had tested positive for Covid-19 when they returned to national camp at the Sports Authority of India’s Bengaluru centre.

“I think personally for me, overcoming Covid last year was more of a mental battle than anything else. I was off hockey for nearly six weeks, but I was very fortunate to receive the best care, thanks to the efforts of Hockey India and SAI,” he said.

“Over these past few months, I have put in a lot of hardwork to return to my earlier form. This tour will not only be a good occasion for the team to assess our performance but also personally for me to understand the areas I need to improve individually too,” said Manpreet.