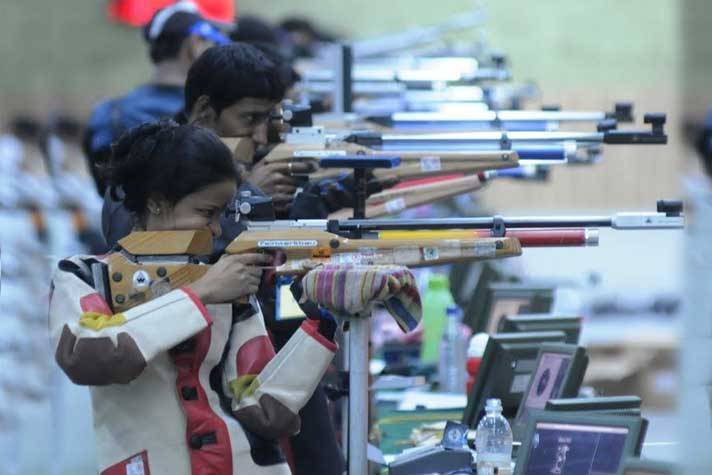 The New Delhi World Cup will see as many as 30 finals being held at an ISSF World Cup stage for the first time with the new team formats approved by the ISSF last year coming into play.

All selections were based on latest NRAI rankings, save Anish’s selection in men’s 25m rapid fire pistol squad, given his present high world ranking of 12.

It gives him a better chance of securing a Tokyo Olympic Games quota pending a good finish. Arpit Goel, who is currently ranked 63 in the world and third in India, will feature in the Minimum Qualification Score section.

A total of 42 countries have so far confirmed their entries. Prominent among these are Korea, Singapore, USA, United Kingdom, Iran, Ukraine, France, Hungary, Italy, Thailand, and Turkey.

Some countries that have not send in their entries include China, Japan, Germany, Russia, Australia, New Zealand, Kuwait, and Malaysia.